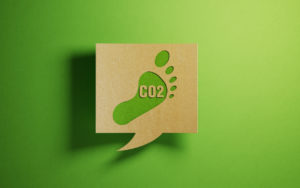 The European Commission (EC) will appoint a subcommittee to determine the strictness of a soon-to-be-launched green certification scheme for retail investment funds.

The move comes after the working group of experts appointed to develop a certification criteria failed to reach a consensus on the minimum threshold of green equity investments required for investment products to qualify under the scheme.

Certified funds will be awarded the EU Ecolabel, an existing initiative to recognise European consumer products which meet high environmental standards. This is the first time that the Ecolabel is being extended to include financial products.

Divisions were laid bare at a recent Ecolabel working group meeting, with a number of service providers and asset managers claiming that the scheme’s draft criteria were too strict. Danske Bank, BVI and MSCI said that defining green equities as those generating at least 50% green revenue would force funds to invest in a small number of pure play green companies and prevent sufficient risk diversification.

But a group of government agencies and NGOs said the proposals were nowhere strict enough, pointing out that the scheme only required a minimum of 20% of a fund’s total assets to be invested in green equities. The remaining 80% of fund assets can be allocated to companies deriving less than 50% green revenue to support low-carbon transitions and to diversify risk.

In response, the Commission is to establish a “sub-group” tasked with exploring how to increase the “ambition level” of the criteria without compromising market adoption and further incentivising portfolio companies to transition. Options to be considered include applying capital expenditure thresholds, meaning that companies would have to demonstrate that their low-carbon transition plans were backed by long-term corporate spending, as well as green revenues.

Additionally, working group members have voiced concerns regarding the label’s proposed exclusions, saying insufficient data and disclosure will force service providers to “estimate heavily” and result in different exclusions across different funds. Data provider Sustainalytics said that obtaining data for exclusion criteria such as manufacture of banned pesticides and GMOs would be difficult.

Asset manager members have also pushed back against the scheme’s social exclusions which include weapons, activities which violate indigenous rights, and tobacco. These were described by Amundi as having “lots of cultural biases, sometimes dogmatic approaches, religious considerations” which were irrelevant to an environmentally-focused label, while BVI said they were “very restrictive and would significantly reduce the investment universe”.

An emerging point of contention is the Ecolabel’s stated objective of providing “accurate, non-deceptive, science-based information on the environmental impact” of certified funds. According to working group members the 2 Degrees Investing Initiative and the University of Zurich, “investor impact mechanisms are not well understood, and are somewhat confused with company impact” due to research gaps.

In its responses to working group members, the Commission has committed to reviewing the Ecolabel’s treatment of investment impact, the eligibility of bonds by climate-aligned issuers, extending the scheme’s exclusion policy to the aviation sector, establishing performance indicators to assess investor engagements, and exploring possible transition requirements for utilities instead of a blanket ban on fossil fuel-based power generation.

Separately, an external study commissioned by the EC to assess the feasibility of the Ecolabel draft criteria has concluded that while the current framework is workable, the current limitations of ESG data in the market makes evaluating funds difficult. The study found that out of 100 existing UCITs funds, only three met the draft criteria’s eligibility requirements.

The project is now in the latter half of a two-year timeline, with a third draft criteria expected to be submitted in November 2020 after a final round of consultations. The final Ecolabel criteria may be adopted as soon as 2021.