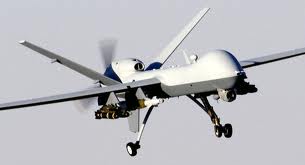 The campaign group argues that the hardware is terrorising civilians and killing innocent people in places like Pakistan, Yemen and Somalia.

“Drones in Pakistan hover over towns 24 hours a day, seven days a week, terrorising communities and killing innocent civilians. Corporations that profit from this campaign of terror should be held to account by their investors,” said Catherine Gilfedder, Reprieve’s corporate social responsibility advocate. Companies that make parts for the drones include Boeing, Northrop Grumman, Honeywell, Cobham and General Electric.

Among the institutions Reprieve has been engaging with are PensionDanmark, the €16.4bn labour market scheme, the €500bn Norwegian Government Pension Fund as well as the insurers Legal & General, Old Mutual and Axa.

Said Jens-Christian Stougaard, SRI Director at PensionDanmark: “There are no indications to us that the companies are in breach of internationalconventions, under European Union or United Nations sanctions or in conflict with PensionDanmark’s investment guidelines. Hence, there are no grounds for us to divest the companies based on their involvement in the production of drones.”

PensionDanmark, like many other European institutions, already excludes makers of cluster bombs and land mines, both of which have been banned by the UN.
But Reprieve’s Gilfedder said: “The overwhelming consensus of international legal opinion is that the US’s use of drones outside war zones is in violation of international law. The programme clearly violates a number of internationally recognised human rights.”

She said it was likely that companies manufacturing components for drones would only represent a small portion of the investors’ portfolios.