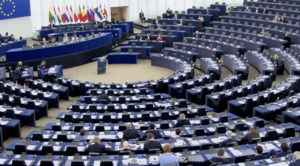 In the latest blow to attempts to strengthen the EU’s ambitions for its sustainable finance taxonomy, the European Parliament has again rejected proposals to include a ‘brown’ taxonomy, concrete commitments to expand into social activities, and wider disclosure by companies.

In his opening remarks to European Parliament ahead of its vote at a plenary session in Strasbourg yesterday, Commission Vice President Valdis Dombrovskis acknowledged that the taxonomy ‘file’ had “raised some heated discussions” between parliamentary committees.

His comments relate to the initial vote which took place at the ECON and ENVI economic and environmental committees earlier this month, at which there was a lively contest between proposals from progressive rapporteurs and those from the more conservative contingent of parliament. The latter saw the most success, with most of the progressive proposals being rejected.

There was a final bid to re-table the amendments at the plenary (the final vote in front of full parliament rather than just the two specialist committees) yesterday. The results mirrored the committee vote, rejecting the development of social and environmentally-damaging taxonomies.

Speaking before the vote, rapporteur Bas Eickhout, a Dutch member of the GreenLeft group, said that the plans for a ‘brown’ taxonomy – one which identified projects and activities that cause significant environmental damage – was necessary because “green investment is still a niche… the big parts of investment are those not claiming to be green”.

“Here, there’s been a lot of lobby out there really talking a lot of nonsense,” he said, referring to the industry lobby groups that have been accused of pushing back on the proposals. “It’s as if we were forbidding activities; as if we were not giving a chance for industry to ‘green’. What we want to show is the environmental impact on every investment… It’s not forbidding, it’s not blacklisting, it’s just providing transparency to the market.”

Civil society groups criticised the latest vote, with FinanceWatch accusing the European Parliament of having “lukewarm ambitions” on sustainable finance and missing the opportunity to align the taxonomy with the Paris Agreement.“Without including a brown taxonomy, it is illusionary to think that finance will disinvest from economic activities which rely heavily on fossil fuel energy,” said Secretary General Benoît Lallemand.

Jadwiga Wiśniewska, a Polish MEP representing the European Conservatives and Reformists Group, warned her colleagues ahead of the vote to “exercise caution so that this framework can operate in practice”.

“Without including a brown taxonomy, it is illusionary to think that finance will disinvest from economic activities which rely heavily on fossil fuel energy”

“It doesn’t make a lot of sense to determine which investments are bad for the environment,” she said. “We have lots of European regulation that protects the environment, and therefore if someone doesn’t break those rules there’s no justification to sanction. We should rather reward good practices.” She added that “social evaluation is not necessary… for the time being.”

Proposals to require disclosure by investee companies, in alignment with the Non-Financial Reporting Directive, were also rejected.

There were some smaller victories, though. The social safeguards proposals will now be expanded to be based on the International Bill of Rights, the OECD Guidelines for Multinational Enterprises and the UN’s Guiding Principles on Business and Human Rights.

Importantly, strong exclusions on fossil fuels and nuclear energy were passed this time around.

“Honourable Members, right now we are at a historical juncture,” urged Dombrovskis, when drumming up support for the Commission’s legislative proposal ahead of the vote. “We have one decade to mitigate the worst impacts of climate change on our citizens, businesses and on the planet as a whole.”