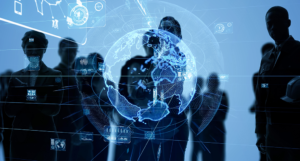 The former CEO and Chair of Danone, Emmanuel Faber, has been named Chair of the International Sustainability Standards Board (ISSB), the body tasked with developing global sustainability reporting standards.

The ISSB was formally launched by the International Financial Reporting Standards (IFRS) Foundation last month. Faber’s initial three-year term as ISSB Chair will begin in January, the same time as the standards body gets to work on a global baseline standard for sustainability disclosures, designed to give investors “high quality, globally comparable sustainability information that can be used by jurisdictions on a standalone basis or incorporated into requirements to meet broader, multi-stakeholder or public policy needs”.

Speaking on his appointment, Faber, who now is a Partner at Brussels-based impact investor Astanor Ventures, said: “Investors are demanding high quality, globally comparable sustainability information on which to make informed investment decisions. The ISSB represents a once-in-a-generation opportunity to fulfil that need in a fast-changing world, where climate in particular will drive major shifts in the coming years.”

Faber is regarded as one of the chief proponents of the ‘stakeholder capitalism’ movement. In 2020, under his leadership, Danone shareholders overwhelmingly endorsed the company’s adoption of France’s new Entreprise à Mission model, which under French law is a firm whose social and environmental objectives are aligned with its purpose and set out in its articles.

But he was ousted less than a year later after coming under pressure from activist investors over the French food giant’s performance and concerns that the company was not prioritising shareholders.

With the launch of the ISSB last month, IFRS indicated that its new standard would focus on ‘enterprise value’, stating that its corporate disclosure requirements will include those “that address companies’ impacts on sustainability matters relevant to assessing enterprise value and making investment decisions”.

This approach – focusing on the impact on a company’s valuation – contrasts with the that being adopted in Europe, where rules are being developed to capture ‘double materiality’ – how business activities impact the environment and society as well as how corporate bottom lines could be hurt by sustainability issues.

Late last month, RI reported that trade group Accountancy Europe and non-profit the Global Reporting Initiative (GRI) had called on the IFRS to include representatives from the EU’s accounting body EFRAG – which is leading the development of new EU corporate disclosure rules – in the ISSB.

ISSB is expected to hold its first public consultation―seeking feedback on prototype general disclosure requirement standard and climate disclosure standard it published last month — during the first quarter of 2022.

Following the launch of the ISSB, it was announced that existing sustainability corporate reporting bodies the Climate Disclosure Standards Board (CDSB) and the Value Reporting Foundation (VRF) would be absorbed into the IFRS by June 2022.

The IFRS also revealed then that while the ISSB will have a global footprint, the “seat of the Board and office of the Chair” will be based in Frankfurt.

Along with the announcement of Faber’s appointment, the IFRS also said that its trustees will shortly call for nominations for the remaining ISSB members and announce the appointments of Vice-Chairs and senior staff members to create the ISSB’s global leadership team.