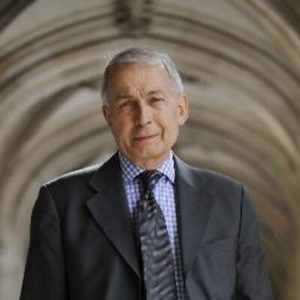 Proposed plans to close down the defined benefit (DB) scheme of the UK’s largest pension fund – the Universities Superannuation Scheme (USS) – will “pull the rug out” from under thousands of educators and strengthen the case for the government to act on collective defined contribution pensions, according to the chairman of the influential UK Work and Pensions Committee.
Frank Field, who is also the former Minister of Welfare Reform, told RI: “This scheme has been run as a complete shambles by some very well paid people, who now want to pull the rug out not from themselves but from under thousands of educators.”
He added: “To see yet another defined benefit scheme fall into this state surely strengthens the case for government to act on collective defined contribution pensions. The Committee will begin to investigate this area shortly.”
USS, one of the UK’s leading responsible investors, is a founding signatory to the UN-backed Principles for Responsible Investment (PRI).
The previous coalition government had begun exploring the idea of collective defined contributions (CDC) – along the lines of pension plans in the Netherlands and Canada – which work by pooling savers’ money into a single pot, with the aim of reducing investment uncertainty and creating economies of scale.

On Friday, umbrella body Universities UK said it was proposing closing down its so called “gold-plated” DB scheme to future accruals in a bid to plug its enormous pension deficit and cut costs.
The announcement comes just days after telecoms giant BT said it had started consulting with members on plans to close down its DB scheme to existing members. The BT Pension Scheme, owner of fund manager Hermes, is another PRI founding signatory.
It means that the UK’s two largest pension funds, both cornerstones of the responsible investment sector, are facing major questions over their future.
USS has been in the eye of the storm after it revealed in July that its deficit had ballooned to £17.5bn – a huge jump from £9bn last year and the largest on record for any British pension scheme.

The revelation sparked an outcry, with Field writing to USS’s trustee board about its plans to plug the deficit.USS executives have also come under fire for significant pay rises for its executives after Andrew Adonis, the former education minister, pointed out in a viral tweet that top executives at USS were earning nearly half a million pounds a year.
“£488k for each top exec on USS. No women. Record deficit. Meanwhile, record debts for students. Ordinary uni staff on 1.1 pay cap,” he had tweeted in July.

Universities minister Jo Johnson has since announced a consultation on leadership pay and accountability in universities.
USS was also named in the recently leaked Paradise Papers for its $88m investment in a fossil-fuel linked fund.
In its annual report, USS said that while its assets had increased from £49.8bn to £60.0bn during the financial year, liabilities jumped from £59.8bn to £72.6bn.
On Friday, Universities UK said that to ensure sustainability of its pension scheme, future benefits would be delivered by its DC scheme – the USS Investment Builder.

The Universities and College Union said the proposals were a “bolt from the blue” and it would ballot members for industrial action.
UCU general secretary Sally Hunt said: “It is categorically the worst proposal I have received from universities on any issue in 20 years of representing university staff.
“If universities continue to pursue this action, they will face disruption on campus of a kind never seen before,” she added.

Steve Delo, chief executive of PAN Trustees, said: “For some time it has been clear that DB is in its death throes as a mechanism for ongoing pension accrual.
“It is intensely sad, as DB has served the country well and used to be the pride of our nation compared to many European partners with inadequate/unfunded pension solutions.”
Delo said a combination of “excessive and cumulative regulation, ginormous complexity, lack of historic member appreciation, inadequate promotion of the value of DB, misguided government intervention and companies becoming aware of how much it really cost and the risks involved, had finished it off.”