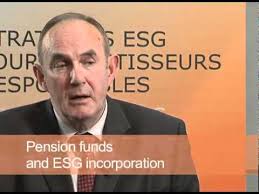 Donald MacDonald, the former chair of the UN-backed Principles for Responsible Investment (PRI) and current chair of the Institutional Investors Group on Climate Change (IIGCC), has joined Matthew Kiernan’s sustainable fund boutique Inflection Point Capital Management as a board director.

MacDonald, who is also a trustee of the largest UK pension fund, the £40bn (€51.1bn) BT Pension Scheme, said Kiernan had been “at the forefront of responsible investment thinking and action for more than two decades” and was well placed to address a shift taking place in capital markets.

“With the UN Climate Summit in New York, the supportive climate protests taking place worldwide, and the fossil fuel divestment pledge made by some very significant investors then change is clearly coming to our capital markets,” said MacDonald.

Kiernan said: “We are genuinely thrilled that Donald has joined IPCM as a director as there are a very limited number of people worldwide with his track record, credibility with both investors and policy-makers alike, and a hard earned grass roots understanding of sustainability in the real world.”

The appointment means MacDonald reconnects with fellow Inflection Point board director Paul Clements-Hunt, the former head of the UN Environment Programme Finance Initiative (UNEP FI) who sat on the PRI board as UN representative from launch in 2006 to 2012. MacDonald chaired the PRI from 2006 to 2010. It also means a link with David Pitt-Watson, the former CEO of BTPS-owned Hermes Focus Asset Management, who is an advisor to Inflection Point.MacDonald added: “What most interests me is that the IPCM investment process is robust, thorough and seeks to provide a future-proofed, risk-adjusted alternative for mainstream investors with deep integration of a range of non-traditional risk drivers.

“When institutions like the Rockefeller Foundation are divesting from fossil fuels then it’s clear that systemic risks such as global warming and others such as resource depletion, water stress and supply chain challenges are being mainstreamed.

“When asset owners send these crystal clear signals, then the global asset management community has to react.”

Kiernan founded Innovest Strategic Value Advisors, one of the pioneer ESG firms, in 1992. The Toronto-based firm was sold to RiskMetrics in a $16m deal in 2009; RiskMetrics itself was acquired the next year by MSCI for $1.55bn.