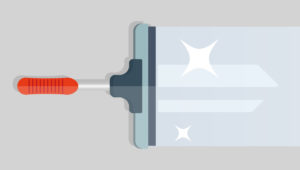 Climate Action 100+ has asked signatories whether a list of lead investors on its engagements should be published as part of a push for greater transparency in a consultation on its Phase 2 strategy.

The document, obtained by Responsible Investor, contains proposals on beefing up the initiative’s goals, as well as carving out additional roles for signatories and toughening requirements for supporting investors.

Launched in December 2017, CA100+ is a collaborative engagement initiative whose members are responsible for $68 trillion of assets. It targets 166 of the world’s largest-emitting companies on climate issues.

The project was originally slated to conclude after five years, but it had long been expected that this deadline would be extended. The consultation, which closed at the end of September, proposes that the initiative run until at least 2030 “to maximise the probability of an orderly transition”.

A key suggestion is improving the initiative’s transparency. Notably, the document says that CA100+ is “interested whether lead investor identities should be disclosed publicly”, suggesting that doing so would “strengthen CA100+ transparency and accountability with external stakeholders”. Signatories are asked for their thoughts on this.

CA100+ has previously come under fire for refusing to publicly disclose which investors are leading engagements. At the beginning of 2022, RI published a partial list of lead and supporting investors based on public disclosures. The initiative said at the time that it allows individual engagers to decide whether to disclose their engagements, as its members operate across many jurisdictions and countries with varying standards and regulations.

To further increase transparency, the consultation suggests that CA100+ publish its stewardship priorities annually, looking at companies that need more intensive engagement or setting out sectoral or thematic topics.

The consultation proposes strengthening these asks. The new goals focus on pushing firms to disclose and implement a transition plan to deliver 1.5C aligned targets, as well as pursue 1.5C aligned engagement and collaboration with policymakers, peers and investors to deliver decarbonisation and a Just Transition.

CA100+ is also looking to formalise additional projects that investors can opt in to, as the size of the initiative means that “the number of signatories now exceeds the opportunities to participate in company-specific engagement”.

These include regional thematic engagements looking at specific topics, which could include offsets or fixed income, and projects focusing on specific sectors in the vein of its global sector strategy workstream, which has already produced a number of sector-specific transition strategies.

Major changes to the focus list are not planned by the initiative. However, it suggests that a GHG impact analysis is carried out to ensure that engagement remains focused on the top-emitting companies, which may result in “some minor changes”.

The consultation also proposes strengthening the contribution required by investor supporters, who sign on to the initiative but do not take part in company engagements. At present, all lead investors and investors engaging individually with companies are required to fill out an annual survey on how they are contributing to the initiative and its goals. Under the new proposals, all investors – including investor supporters and investors signed on to engagements as collaborating investors – would have to fill out the survey.

Ahead of the public consultation on the initiative’s net zero company benchmark, which was launched alongside the final phase one update earlier this month, CA100+ also polled members on their “high-level reflections”. Among the proposed benchmark changes is moving to a system of rolling or periodic updates rather than an annual assessment to improve the timeliness of data, as well as adding sector-specific metrics and additional research and analytics.

A note sent to US and Canada-based investors shortly before the consultation closed – also seen by RI – said that submissions from North America were “lagging” other regions. CA100+ did not respond when asked why this might be the case, but the initiative and its US-based signatories have come under increasing scrutiny from Republican politicians.

A separate working group newsletter also says that the initiative has put new applicants on hold until Phase 2 launches at the start of 2023.

Climate Action 100+ declined to comment on the document as the consultation process is ongoing.