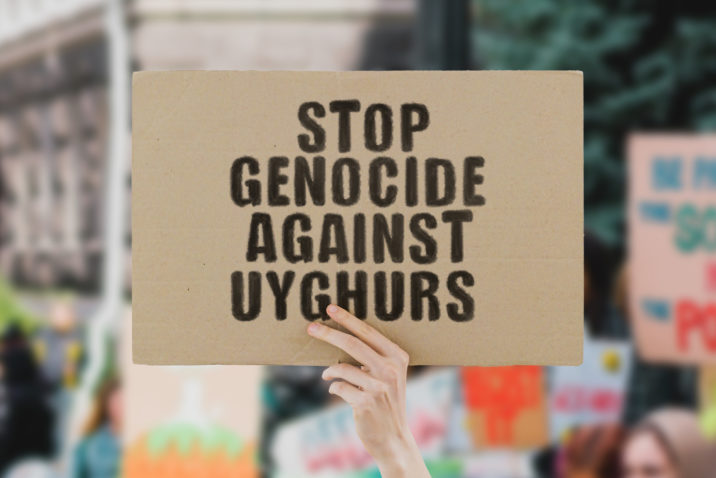 More than two dozen funds classified as Article 9 under the EU SFDR own shares in companies accused of being linked to the persecution of Uyghur Muslims in China.

A new report by Hong Kong Watch and Sheffield Hallam University named a series of companies with alleged links to repression and forced labour of Uyghurs, and found that large asset managers and prominent pension funds in the US and UK have significant holdings in them via passive funds.

Investors have increasingly been attempting to tackle portfolio exposure to Uyghur persecution in the Xinjiang region, either through engagement or divestment.

Analysis by Responsible Investor of 12 of the 13 companies listed in the report shows that all of them appear in funds classified as Article 9 under the EU SFDR, the strictest level of sustainability reporting, with 26 separate Article 9 funds having holdings in at least one of the companies identified.

The firms appear most commonly in funds tracking a series of Climate Transition and Paris-aligned benchmarks from MSCI and Solactive, as well as broad market-based indices such as the MSCI China Index, MSCI Emerging Markets Index and MSCI All-Country World Index ex-US.

The report divides firms into two groups: those that have “obtained Uyghur labourers through state-sponsored labour transfers”, and those that have helped in the construction of repressive infrastructure in Xinjiang.

The former cohort includes Hoshine Silicon, Xinjiang Goldwind Science and Technology and Foxconn Technology, which the report alleges has received hundreds of Uyghur workers, with staff at its Zhengzhou factory reportedly required to work 100 hours of overtime a month. The report further alleges that Foxconn’s Uyghur workers are put under constant surveillance. Hoshine is named by US Homeland Security as being an entity involved in forced labour in Xinjiang, and the importation of its silicon into the US is banned.

In a lengthy statement on Twitter, Foxconn said it “categorically refutes allegations of forced labour” in its operations.

Companies alleged to have supported the construction of repressive infrastructure in Xinjiang include China Railway Group, which is accused of building a prison for Uyghurs convicted of crimes relating to practising Islam, and BGI Genomics, which has allegedly collected minority biometric data non-consensually.

According to Morningstar data, the most commonly held company is Xinjiang Goldwind, a wind turbine manufacturer which the report claims discussed labour transfers from Xinjiang. The report notes it is “unclear if the transfers occurred, but it is likely”. The company appears in 18 of the 26 funds.

Lens Technology, an electronics manufacturer, stands accused of receiving the transfer of thousands of Uyghur labourers from Xinjiang to a factory in Hunan province. It is in 13 funds.

Two Northern Trust transition funds which track MSCI indexes are exposed to the highest number of companies on the list, with one holding nine of the 12 companies examined and the other eight. The Handelsbanken Emerging Markets Index fund, which tracks an ISS/Solactive index, also holds nine.

A spokesperson for Handelsbanken said it used an external data provider to screen for breaches of international norms, and that this had not yet indicated that any of the companies were in breach of human rights standards. They said it would flag the report to its provider and that the fund would not invest in any company found to be in breach.

Hernando Cortina, head of ISS ESG’s index strategy, told RI that its methodology issues a red flag for companies with verified violations of the UN Global Compact, which results in index exclusion.

On the companies linked to Uyghur human rights violations, he said that, although they are currently being monitored by the index provider, they have not been excluded from the indices as there is currently “no verification” of the reported violations.

A spokesperson for MSCI said: “MSCI ESG Research offers investors a product that identifies companies involved in ESG controversies, based on actual or alleged involvement in adverse impact activities as reported by third-party stakeholders, and assesses those controversy cases in line with a rules-based, publicly available methodology.”

They added that allegations of involvement in the Xinjiang issue are assessed in line with the methodology.

Many of the funds track Paris-aligned or Climate Transition benchmarks, whose main aim is to deliver a reduction in financed emissions versus their vanilla equivalents. Such funds are often classified as Article 9, although there have been indications that they may have to be reclassified when stricter reporting standards come in to force at the start of next year. One fund on the list has already notified shareholders of an intent to do so.

Responding to RI’s analysis, Anita Dorett, director of the Investor Alliance for Human Rights, said: “Any fund, and especially those prioritising sustainability, must conduct ongoing human rights due diligence to ensure that the constituent companies in those funds are not connected to actual or potential salient human rights risks. Companies connected to the egregious human rights violations in the Uyghur Region have no place in Article 9 classified funds.”

Investors have been increasing scrutiny of some companies on the list. In September, UK-based asset managers Schroders and abrdn divested large stakes in surveillance firm Zhejiang Dahua Technology, which appears in five Article 9 funds.

No other company or investor had responded to requests for comment at the time of publication.