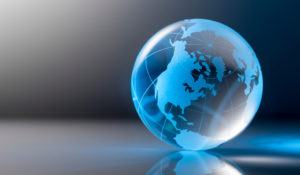 There will be a fourfold increase in carbon pricing schemes for big emitters, according to the latest policy forecast from the Principles for Responsible Investment (PRI).

An updated version of the Inevitable Policy Response (IPR), which was created by the PRI in 2019 to help investors understand climate policy trajectories around the world, suggests carbon pricing will see the greatest level of change.

The forecast predicts there will be a fourfold rise in economies with schemes covering emissions in power and industry by 2030 and that Carbon Border Adjustments Mechanisms will become increasingly viable for policymakers. Regarding the cost of carbon, the IPR estimates that leading countries will price a tonne at up to $85 by the end of the decade, up from predictions of $60 in 2019.

Higher carbon prices under the revised EU Emissions Trading System were cited this week as the most important factor in Germany’s energy emissions falling by 14.5% in 2020. The country’s Nature and Environment Ministry made the remarks after the carbon price in Europe hit €25/ton, making it more expensive to operate coal power plants than gas.

The update to IPR, which includes policy developments since 2019 and insights from 200 experts, was commissioned by the PRI but overseen by Energy Transition Advisors, Vivid Economics, Carbon Tracker Initiative, 2 Degrees Investing Initiative and the Grantham Institute on Climate Change and the Environment. It covers 21 major economies, outlining policies that are expected to be deployed by 2025 to begin meeting national and regional Net Zero commitments.

“We want to help investors think about what the future looks like,” said Eric Ling, Engagement Manager at Vivid Economics, which was recently acquired by McKinsey & Co. “Investment is continuing to flow into sectors and companies that are not making clear plans to shift their operations and their production to Net Zero.”

“A big risk to the climate is that investors will make the wrong investments, because they don't see these policies coming, and then policymakers react to that, not wanting to write off losses from bad investments, and think twice about implementing the policies.”

One big area for potential policy developments is the US, where President Joe Biden replaced climate sceptic Donald Trump in January. The country is yet to set a Net Zero emissions target, but the IPR predicts that – alongside India and Australia – it will set one by 2023.

“We drew out the US a lot, because it's such an interesting case,” said Ling. “It was a country that had basically pressed pause on climate policy for the duration of the Trump administration. And there was a pretty big risk that it was going against the grain of forecasts and climate policy more generally. But it does feel like the US is back.”

The IPR says that the US could “announce a national carbon pricing system as early as 2023, and we forecast by 2025”.

A Forecast Policy Scenario update, which models the impact of the IPR’s predictions on the real economy, will be released later this year. By November’s climate summit, COP26, the coalition aims to have developed a 1.5-degree scenario based on expectations for stricter policies from 2030 onwards.