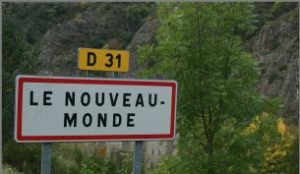 France’s Finance for Tomorrow Initiative, the body pushing Paris forward as an international centre for green and sustainable finance, celebrated its first birthday this month. The Initiative now represents 56 members and 6 international observers. Its 15-strong board includes permanent representatives from France’s Ministry for the Economy & Finance, Ministry for an Ecological and Solidary Transition, the Banque de France and Paris Europlace, the lobby group for France as a finance centre. As part of its first year governance, it re-appointed Philippe Zaouati, CEO of Mirova, the French sustainable fund manager, as its Chair, and Anne-Claire Roux, former Head of Sustainable Finance at Paris Europlace, as Managing Director.
In this first in a series looking at the development of financial centres on sustainable finance, RI spoke to Zaouati about a busy first year in which Finance for Tomorrow has made some major positive steps.
But he opens with caution that actions must speak louder than words: “It’s been a very active year, and it is true that we have momentum, but it is absolutely necessary that it leads to concrete outcomes. We had President Macron’s One Planet Summit at the end of 2017, and Macron has made bold, positive speeches on green and sustainable finance. We also had Climate Finance Day at the same time where Bruno Le Maire (France’s Minister of Economy and Finance), said: ‘finance has no alternative but to be green’. But we must work on more detail and action, otherwise you can have a counter-productive effect; people will say to themselves ‘honestly if you cannot make progress with this momentum then it’s not going to happen. This is why we are very attentive to the work of the European Commission, and take as a strong positive signal what they have already achieved since the HLEG report, namely the release of their Action Plan and the first legislative package.”France, and Finance for Tomorrow especially, have not been short on activity, but as they say in French: c’est à l’usage qu’on peut juger (…it’s in the use that we can judge success, or the proof of the pudding is in the eating). In terms of directions for that ‘use’ Zaouati points to the report on the French Strategy for Green Finance produced at the end of 2017 by Pierre Ducret, Special Advisor for climate change & COP21 at Caisse des Dépôts Group and Sylvie Lemmet, Director at the French Ministry of Environment and Climate, which Zaouati dubs the French equivalent of the HLEG report.
For its part in practicality, Finance for Tomorrow has been comparing the evolution of the French and European regulatory initiatives to see where France is ahead of the curve or where it believes it can lead from the front.
To this end, observers are keenly following France’s Article 173, a precursor to the EU’s sustainable finance work. Introduced in 2016, it is a comply-or-explain requirement for investors to report on how they integrate ESG into their investment processes, outline the greenhouse gas (GHG) emissions of their investments and explain how their assets contribute to the financing of a low carbon economy. The law also commits the French government to establishing climate scenarios on which to test the resilience of credit establishments.
Zaouati says an appraisal of its success so far is broadly positive, but mixed: “France is trying to move the behaviour of an industry. It doesn’t happen by snapping fingers, but rather by the adjustment of the practices of companies and investors over time. Article 173 gave a very positive signal on investor CO2 reporting, and the law provided for a environmental ‘balance sheet’ to be expected from investors this June, allowing to adjust the law eventually based on responses.”

The reviews done so far on the output of Article 173 by groups including Novethic, WWF and E&Y have all broadly concluded that 173 has created momentum, but that only a third of the entities concerned had responded with real engagement, a third had answered irrelevantly and a third did not answer at all.
The second major observation has been that even engaged respondees have been too technical and made responses unlikely to be understood by the general public. WWF was particularly critical of the responses of French insurers. Zaouati notes: “Investors have responded to the law but see little benefit so far in communicating in a way that the public can understand. Obviously, we need to be improving the meaningful response rate from 1/3 to 2/3, but also reviewing the methodologies that have worked and lead to change, while also looking at why some investors have not made much progress. Then we’d like to see things go further in some areas such as benchmarks on which there is no information and where Article 173 should probably apply, because at the moment the indices that investors are using are “business as usual” when it comes to climate change.”
The other major developments investors are keeping an eye on in France are the country’s SRI and green tech labels (ISR and TEEC in French).
The SRI label – overseen by the French Treasury – labels funds that take into account ESG criteria for their investment into companies.
At the time of writing, 147 funds from 28 investment companies had received the label, representing assets of €35bn.
The TEEC label (standing for: energy and ecological transition for climate) is overseen by The Ministry for an Ecological and Solidary Transition (formerly the Environment, Energy and Sea Ministry) headed up by Nicolas Hulot, the former French journalist and environmental activist. It gives kite-marks to assets held via investment funds based on a framework referencing the Energy Transition for Green Growth act. The work on label accreditation is carried out by Novethic, EY France and Afnor Certification.
Both labels have received strong backing from the country’s investment industry.Again, Zaouati says that while two labels have started well, there is still work to do on governance: “It’s not ideal that the labels are run by different ministries, and there is a problem of promotion because the labels are not well enough known. There are marketing problems with the TEEC label because everyone thinks it’s a technology kite-mark. The budgets that are allocated to the promotion of the labels are also too low. We need to work on areas like promotion, but also ‘nudges’; like requiring that all life insurance contracts have at least one labelled fund offered to clients in order to accelerate development. We really do need to get a ‘green foundation’ in all financial products.” Despite his pragmatism, he believes the basic tools for sustainability reporting, labelling and lobbying are now in place to propel France forward on sustainable finance. Paris will again host its Climate Finance Day conference from November 26-28, which looks set to be an annual event.
But, he says, what’s still required is a clearer political strategy and market support. And he warns, however, that there is a huge potential brake in conformity to the status quo: “We have to fight against this as well as a problem of knowledge on sustainable development/finance within politics, business and the markets. That’s what we’re trying to do with Finance for Tomorrow to put everyone around the table to try to improve skills and communication, add value and fight against the temptation of business as usual.”

Finance for Tomorrow’s board is composed of 15 members, including the President and the Director, 4 members-by-right, 7 elected members and 2 members co-opted by Paris EUROPLACE. The new Board takes office for the period 2018-2020.