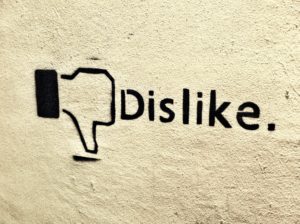 Facebook’s shareholders rejected by an overwhelming majority a resolution led by the trade union group the American Federation of Labor and Congress of Industrial Organizations (AFL–CIO), which asked the company to adopt a set of responsible tax principles at its AGM held on 31 May.
The resolution, co-filed by Domini Impact Investments, explicitly requested Facebook’s board to limit offshore tax avoidance strategies and ensure that the company pays taxes where value is created.
Speaking on behalf of AFL–CIO at the AGM, Richard Phillips, Senior Policy Analyst at the Institute on Taxation and Economic Policy, warned fellow shareholders that Facebook had “already been caught up in multinational tax scandals in the UK and the US”, resulting in time and resources in legal battles with the US tax authorities.
“Tax avoidance strategies provide an inaccurate picture of the company’s financial performance and [don’t] make up for the reputational damage and losses resulting from the scandals. Facebook has already acknowledged that it could owe between $3bn and $5bn in additional taxes.” Phillips said.
The resolution was supported by just 1.5% of voting shareholders, according to proxy voting analysis firm FundVotes. Among them are Norges Bank Investment Management, Swedish pension fund AP4, Royal London Asset Management and the funds of Illinois State run by Treasurer Michael Frerichs.
Carine Smith Ihenacho, NBIM’s Chief Corporate Governance Officer, told Responsible Investor that the resolution aligns with Norges’ expectation document on tax transparency, published last April.
There are three key expectations, according to Ihenacho: boards should be involved in setting the tax strategy for the company; tax should be paid where the value creation takes place; and country-by-country reporting should be used.
Speaking at the annual conference of the Fair Tax Mark (an initiative promoting good corporate taxation practices), Vaishnavi Ravishankar, Governance Issues Manager at the PRI said tax avoidance is a material ESG issue for investors.
“[It] impacts profitability and therefore investors want to understand how much of the portfolio value relies on genuine economic activity and how much actually relies on artificial tax structures that may be challenged in the future.”
Institutional investors that have disclosed a vote against include PGGM, CalPERS and BMO, whose Responsible Investment Advisory Council is presided by Justin Welby, Archbishop of Canterbury.BMO explained they voted against because the resolution was “unduly prescriptive” although “we agree with the shareholder proponent that Facebook’s tax practices merits reform as it poses a business and reputation risk.”
Welby’s predecessor at the helm of the Church of England, Rowan Williams, joined last April the launch of the Church Action for Tax Justice, an ecumenical movement that emerged from the Methodist Tax Justice Network and seeks to embrace all Church denominations.
Williams called on companies not to forget their moral duties and to be “fully transparent about the relevant data.”
At the Church Commissioners and the Church of England Pensions Board, a spokesperson declined to disclose their vote, adding that holdings outside their top 20 listings, such as Facebook, are not disclosed either.
The PRI coordinates ‘collaborative engagement’ and an Investor Task Force on corporate tax responsibility with 35 institutional investors representing $2.9trn.
Legal & General Investment Management, an asset manager active in the PRI’s tax initiatives and one that regularly discloses its voting records, declined to comment on this occasion.
Global proxy advisors Glass Lewis and ISS recommended to vote against the resolution, deeming it unnecessary and burdening at this time.
PIRC, which advises the UK Local Authority Pension Fund Forum representing £200bn in combined assets, recommended to support the resolution on the basis of good corporate governance.
Vincent Kaufmann, CEO of Ethos, told RI that the resolution aligns with Ethos’ expectations on responsible tax behaviour and recommended its Swiss funds to vote in favour.
Hermes EOS declined to comment due to “ongoing engagement”.
RI understands that not many shareholder resolutions are filed on the issue of fair taxation. There is just one previous proposal at Google Inc. (now Alphabet) in 2014, before the Panama and Paradise Papers’ exposés, co-filed by Domini and Canadian asset manager NEI Investments.
An industry source told RI on condition of anonymity that not many investors vote for these resolutions.
“Tax is not something they understand or want to understand; or it is just too close to home and they need to get their own houses in order first, given that the finance industry is not a leader on responsible tax,” the source said.