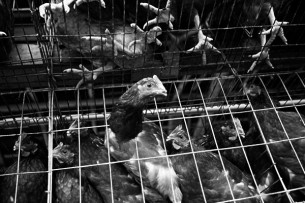 The results of the fifth annual report from the Business Benchmark on Farm Animal Welfare (BBFAW), published this month, show continued progress in how global food companies are managing and reporting on farm animal welfare.

What Do Investors Think?

The terms of debate on investment and farm animal welfare have changed dramatically since we launched the first Benchmark in 2012. At that time, farm animal welfare was seen as a niche ethical issue with limited relevance to investors, other than perhaps in the case of a corporate scandal. That has changed.

An increasing number of investors now consider farm animal welfare-related issues in their investment research and decision-making. Some focus on the business risks presented by farm animal welfare to the companies in which they invest, others use the Benchmark as a measure of the quality of companies’ risk management systems or of their supply chain management processes more generally, and a growing number are interested in farm animal welfare as a source of business opportunity (e.g. new markets, product innovation, brand enhancement, premium products).

Where to From Here?

We are hugely encouraged that the Benchmark is recognised as a robust and credible tool, and that more investors are starting to use the Benchmark in their investment research and decision-making and in their company engagement. During 2017, we will continue to encourage investors to take action in three ways: (a) to signal the importance they assign to farm animal welfare by signing the Global Investor Statement on Farm Animal Welfare, (b) take account of farm animal welfare in their investment research and decision-making, and © use their influence to encourage and support leading companies to maintain and improve their performance on farm animal welfare through, for example, supporting the International Investor Collaboration on Farm Animal Welfare.

BBFAW has been developed with the support and expertise of leading farm animal welfare organisations, Compassion in World Farming and World Animal Protection, with additional funding from Coller Capital and the Esmée Fairbairn Foundation. For further information see www.bbfaw.com