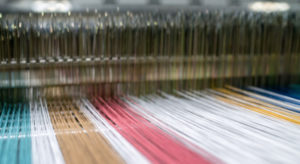 Members of Parliament in the UK are asking controversial fast fashion heavyweight Boohoo to “put its money where its mouth is” and link its bonus scheme to workers’ rights.

The British retailer was last year at the centre of what one politician described as “one of the worst environmental, social and corporate governance scandals in modern UK history” when it was linked to factories in England that paid staff less than half the national minimum wage and kept them working during lockdown.

Now, the UK’s Environmental Audit Committee – a cross-party group of 16 MPs – has written to Boohoo Group’s Chairman, Mahmud Kamani, asking him to include ESG improvements such as working conditions and environmental performance in the criteria for executive bonuses.

“Boohoo’s rapid growth has taken the UK garment industry by storm. It has been linked to poor pay and conditions in UK garment factories. But to its credit, it has pledged to clean up its act.”

In the letter, the Committee explained that by doing so the brand “would demonstrate genuine commitment to environmental and social responsibility”.

“We are asking Boohoo to put its money where its mouth is and link the multi-million pound bonuses it has lined up for its bosses to the achievement of its ethical and environmental pledges”, said Rt Hon Philip Dunne MP, Environmental Audit Committee Chairman.

The letter also noted that, during a follow-up meeting to the Committee’s Fixing Fashion inquiry in December, Kamani pledged to discuss the possibility of linking remuneration and ESG at the company’s next board meeting.

Boohoo has been vocal about its desire to improve on social performance since the scandal last summer – appointing senior lawyer Alison Levitt QC to conduct an independent inquiry, which dismissed allegations of “modern slavery” but flagged life-threatening fire risks, cramped conditions and “inexcusable” oversights related to the coronavirus pandemic.

As a result, the firm said it had dropped more than 60 factories from its supply chain. The Environmental Audit Committee used its letter to demand the names of those factories, and to ask how Boohoo intends to factor minimum wage costs into price negotiations with suppliers “to prevent them from being put in a position where illegally low wages are paid”.

At the time the scandal broke, Boohoo’s share price slumped and asset managers including Aberdeen Standard Investments scrambled to ditch the firm from its impact and responsible investment funds.

However, the share price has rebounded and Boohoo said its revenues jumped 40% at the end of last year. So far in 2021, it has already acquired highstreet staples Debenhams, Dorothy Perkins, Wallis and Burton.

The Committee criticised Kamani over his answers at the December meeting, saying he “did little to dispel the impression that the company has been focused on rapid growth regardless of the social or environmental costs”. It added that it was “surprised” he was unable to list any actions that Boohoo had taken to comply with the Levitt review, “despite your assertion that this was a priority for the Business.”

However, the letter did praise the brand for signing up to sustainability initiatives, appointing directors to address concerns about labour conditions and sustainability, and pledging to publish its Tier One and Tier Two suppliers this month.

In response to the Committee’s letter, Boohoo Group told RI: “We received correspondence from the EAC at 10.07 yesterday morning. We will take time to digest the contents and respond to Mr Dunne, the Chair, in due course.”