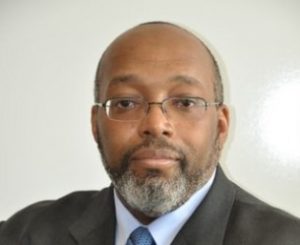 Last week, the Wall Street Journal published an article on Vanguard and BlackRock’s more publicly assertive posture toward issuers on corporate governance. Most of the media coverage about mega investors (the big mutual fund firms) and their proxy voting and engagement practices leave readers (and some of their portfolio companies) with the impression that these funds are relative newcomers to questions of corporate governance and engagements with senior managers and boards of directors. In actuality the mega funds have been moving away from lock step support of management or blind following of proxy advisory firms for several years. What has evolved has been the willingness of this dominant group of investors to make public their concerns over governance, pay and performance issues. Three factors have contributed to this on-going evolution in the shareholder-issuer engagement:

N-PX Filings: The Sunlight of Disclosure

Mandatory vote disclosure, the result of SEC’s N-PX rule, starting in 2003-2004 required mutual funds and asset managers to provide documentation on their votes. In the period between the Department of Labor/Bob Monks letters on proxy voting responsibilities, in 1988and 1994, and N-PX disclosure requirements, in 2004, a significant number of individual retail clients and several governance advocates (the public, union and social investment funds) pressed large mutual funds both on whether they voted and how they voted their proxies. Their questions: did the funds give blanket support to management proposals or solidly oppose shareholder initiatives – on corporate governance, environmental or social resolutions – and what was the rationale behind their voting decisions.
The advent of required disclosures, starting in 2004, allowed retail mutual fund shareholders to be able to research and review how their fund managers voted the shares of the companies in their portfolios. A few of the mega funds made their proxy voting guidelines public allowing all stakeholders a window into the firms’ thinking on executive compensation, various shareholder proposals and director election votes. Clients, shareholders (both individual and institutional), proxy solicitors and issuers were now in a better position to make determinations on how these investment behemoths might vote on key issues.

Another factor creating an environment for the “new” mega fund assertiveness has arisen from Dodd-Frank and its requirement for
mandatory, non-binding advisory votes on executive compensation. Although the vast majority of U.S. public companies have not lost a Say on Pay vote, issuers have approached the practice of engagement with unprecedented gusto seeking to have discussions about their pay philosophy and practices with their top echelon investors – the mega funds. In the intervening years since Dodd-Frank, shareholders – especially the mega funds like Vanguard and BlackRock – have fielded an increasing number of requests from issuers for engagement discussions, first on compensation and now on governance concerns. Companies view engagement (correctly) as a powerful tool for communicating with their largest holders and as a preventative measure against attempts by activist hedge funds to seek support for operational changes or the election of dissident nominee slates. A primer on Case-by-Case voting: Institutions develop and use voting guidelines to assist them in voting the enormous number of proxies to be voted – for the mega funds the need to cast as many as 3,500 to 11,000 depending on the number of portfolio companies held – it is critical for them to be able characterize and vote certain routine proxy issues in a consistent manner (FOR, AGAINST or ABSTAIN). Some proxy issues, because of their complexity, like equity incentive plans or GHG emissions goal proposals, are difficult to characterize and call for an individual or “Case-by-Case review to determine their vote. For many asset managers (including the mega funds) executive compensation, governance issues and environmental/social-related concerns have required them to develop and revise proxy-voting guidelines so as to allow for flexibility in voting. This has created the rise of the case-by-case vote. The case-by-case voting protocol provides funds with some flexibility and opaqueness with respect to theirvote making the need for engagement (by both issuers and governance advocates) of critical importance.

Shareholder Activism, Transparency and the Need for Clarification

The last factor creating the new environment has been the continued growth in activism as a legitimate investment strategy. Decisions on change-in-control and short slate contests are by their very nature case-by-case. Further, company tactics against dissidents and the use of anti-takeover devices have pressed the mega funds toward clarifying the boundaries of corporate governance best practice for public companies. An additional benefit of these public discussions and statements has been the realization of the limited influence of the proxy advisory firms. ISS and Glass Lewis play a key role providing voting platforms and consolidated research for a large number of institutional investors. They work with funds to design custom voting policies that meet the individual funds’ voting guidelines. The drafting and discussions of those voting policies by mutual fund governance teams, often with input from in-house counsel and portfolio managers have allowed for the crafting of guidelines that are more bespoke than custom or one-size-fits-all further reducing the “power” of the proxy advisors. Much like the methodologies of the credit rating firms, the proxy voting guidelines and mega fund public statements on corporate governance expectations provide a roadmap of sorts for the public company community and their stakeholders. These guideposts, plus voting analytics and consensus investor views from firms like Proxy Insight and iiWisdom are used by company advisors to provide information on investor thinking for boards of directors. Those seeking more dramatic change, such as the disclosure of
engagement discussions between the mega funds and issuers, will be waiting a very long time as public disclosure of specific engagements tread on legal and trust concerns. More likely, mega funds and other investors may become more willing to discuss the process and benefits of shareholder engagement than relate individual company dialogues. In fact BlackRock and Ceres are producing a booklet, “21st Century Engagement: Investor Strategies for Incorporating ESG Considerations into Corporate Interactions” featuringapproximately 40 governance leaders discussing their ESG engagement strategies due for publication later in 2015.
As the corporate governance industry continues to evolve more asset managers will seek to develop internal expertise on ESG issues and approve voting guidelines with liberal usage of Case-by-Case rationales. By taking these actions institutional investors disrupt the notion that their votes are controlled by proxy advisors, can be easily pigeonholed or have their votes taken for granted.

Francis H. Byrd is CEO of Byrd Governance Advisory and former Director of Corporate Governance at TIAA–CREF.
He can be found blogging at ByrdSpeaks: Perspectives from the ESG Front