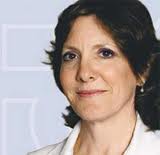 Karina Litvack, Director, Head of Governance and Sustainable Investment at leading UK-based asset manager F&C, is to leave at the end of the year, the company says.

Martin Smith, Head of Product Management, said she is leaving by “mutual consent”. Litvack joined F&C in 1998 and headed up the firm’s GSI team overseeing voting, shareholder engagement and was F&C’s representative on a variety of investor initiatives.

Litvack has “done a fantastic job over 15 years both for F&C and the ESG community as a whole,” Smith said in an interview with Responsible Investor.

He added F&C retains a commitment to integrating environmental, social and governance (ESG) factors. It is developing a new ESG risk tool for all its portfolio managers, for example.Its REO, Responsible Engagement Overlay, offering will feature new web-based functionality. It was also looking at new funds in its stewardship range. Smith said F&C wanted to look at the “positives” of ESG investments; it was also looking at opportunities in the Sharia fund area.
Litvack’s departure comes amid a broader shake-up at the top of the firm, with former Gartmore and Deutsche Asset Management executive Richard Wilson named as the new CEO this week, taking over from Edward Bramson in the role. Bramson is the activist investor who took control of the firm last year and initiated a strategic review.
F&C launched the UK’s first ethical fund in 1984 and is a founding signatory to the UN Principles for Responsible Investment. F&C manages over €3.6bn of specialist sustainable investment funds while the REO approach is applied to €105.8bn of assets.

Litvack said the departure was “a bit of a wrench after so many years” though she was excited to be able to take the time to look at some other “interesting things that have been streaming into my inbox”.