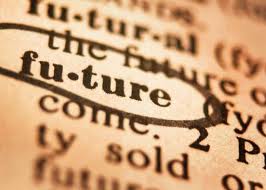 Some of the world’s largest investors and companies, including oil giant BP and Singapore sovereign wealth fund GIC, are backing a new organisation focused on long-termism to be chaired by Blackrock’s Global Head of Active Equities Mark Wiseman.

The new organisation, called FCLT Global, is originally the brainchild of Wiseman, who developed the idea while he was CEO and president of the C$264.6bn (€179.8bn) Canada Pension Plan Investment Board (CPPIB).

In 2013, Wiseman linked up with Dominic Barton, Global Managing Partner at McKinsey & Company to launch the Focusing Capital on the Long Term project, which worked to promote long-term behavior at institutional investors and companies.

It developed into the Focusing Capital on the Long Term Initiative, which this week has rebranded as a non-profit organisation called FCLT Global which will develop tools and approaches to encourage long-term behaviours in business and investment decision-making.

FCLT Global’s board includes Wiseman as chair and Barton as a member. The other board members include some of the biggest hitters from both the investment and corporate worlds (see list below).

Sarah Keohane Williamson, CEO of FCLT Global also sits on the board. She joined in July after over 21 years at Wellington Management. Williamson said: “Short-termism is an issue that is costly to many countries and regions around the world, and we have a lot to accomplish. Our founding organisations and members are integral to the work of FCLT Global in developing practical approaches to creating long-term value and to implementing innovative ideas to advance greater long-term behaviours.”FCLT Global currently has 17 members including Dutch pension plan APG, oil giant BP, La Caisse de dépôt et placement du Québec, the New Zealand Super Fund, State Street Global Advisors and Beijing-based Hillhouse Capital Group.

Members provide financial support to FCLT Global and senior staff to contribute to the group’s research.

To coincide with its launch FCLT Global has also released a whitepaper suggesting CEOs are facing growing short-term pressure. A survey with 1,000 executives worldwide found 87% feel the most pressure to demonstrate financial results within two years, up from 79% in a similar survey in 2013.

It comes in the same week as US Vice President Joe Biden writes in the Wall Street Journal calling short-termism “one of the greatest threats to America’s enduring prosperity”. He says a continued economic resurgence requires solving the short-termism puzzle and says government should take a look at regulations that promote share buybacks, tax laws that discourage long-term investment and corporate reporting standards that fail to account for long-run growth. The article attracted more than 130 – overwhelmingly negative – comments from readers, with Biden “knows almost nothing about our capitalist system and our corporate governance and our investment markets” among the tamest.