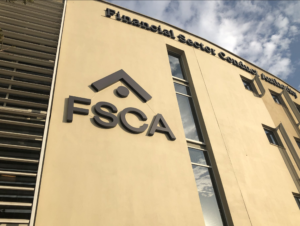 South Africa’s non-banking financial regulator has replaced a proposed mandatory directive on ESG for pension funds with guidance, following changes to the country’s Pension Fund Act – with observers saying it has been “watered down”.

The Financial Sector Conduct Authority (FSCA) – formerly the Financial Services Board (FSB) – said that after “careful consideration” it had taken the “decision to convert the draft Directive into a Guidance Notice”, as it deemed it to be the most “appropriate instrument in which to incorporate the content that was contained in the draft Directive”.

Tracey Davies, Executive Director at non-profit group Just Share, told RI that she was pleased that the outcome of the draft directive process is now clear, as it has been “over a year since the [draft] document was released for public comment, and the matters that it deals with are urgent”.

But she described the final result as “disappointing”, stating that “this change means that the implementation of the guidance will be slower and more fragmented than it would be if pension funds were required to implement these changes”.

In March 2018, the now scrapped directive, which included a raft of sustainability requirements for the investment policy statements of the country’s pension funds, was put out for public consultation.

It was supposed to build on the 2011 amendments to Regulation 28 of South Africa’s Pension Fund Act – specifically 28(2)(b) and 28(2)c(ix) – requiring all funds to have an investment policy statement and all boards of those funds to consider ESG factors before investing in an asset.

RI was told by the FSCA in January that the regulator was “aiming” to have the directive effective by June 2019 but that it still needed approval by the FSCA’s executive committee before passing through the country’s parliament.

But it has now been dropped in favour of new guidance that “sets out how the FSCA will be applying the law when supervising retirements’ compliance with Regulation 28”, according to Eugene Du Toit, the Head of the FCSA’s Regulatory Framework Department.Du Toit told RI that the ‘Guidance Notice’ is “largely” based on the draft directive, which was abandoned because the FSCA is no longer “empowered” to issue them following changes to the Pension Funds Act.

The FSCA, he added, can, however, issue guidance under the recent Financial Sector Regulation Act, enacted in August 2018.

When asked if the change reflected a weakening of the position on ESG, RI was told:

“If a retirement fund investment philosophy and objectives, as reflected in its investment policy statement, does not clarify or set out how it seeks to ensure the sustainability of its investments and assets as explained in the Guidance Notice, the FSCA will view this as a fund being in contravention of Regulation 28.”

Jon Duncan, Head of Responsible Investment at Old Mutual, described the guidance as a useful “half-step”.

“We already have regulation in the Pension Fund Act that creates the fiduciary duty [on ESG] for asset owners, what this guidance note does is, it starts to create an explicit sense of what the authority expects pension funds to do.”

Old Mutual was among the supporters of South Africa’s first climate resolution at Standard Bank, which was partially passed last month.

She also said it was “unfortunate that the guidance note makes no mention of climate change, considering the profound threat that climate change poses to the long-term sustainability of pension funds’ assets, and their legal mandate to factor climate risk into their investment decision”.