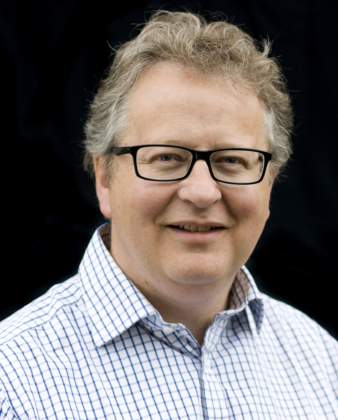 There is much to be welcomed in the Kay Review of UK Equity Markets and Long-Term Decision Making, particularly the Review’s focus on creating fiduciary relationships through the investment chain, and on cultures of investment and engagement rather than trading and share price. We also need to take seriously Professor Kay’s warnings about the shortcomings of the market and some of its ideologies. Without more honesty about the broken fences and poisoned wells identified by the Review we won’t fix the ranch.

But the Review does lack a certain punch in some areas. Many were hoping for a more detailed plan for re-structuring the financial services industry. The combination of fiduciary duties, voluntary codes of conduct, and a hoped for move towards better aligned financial incentives, as proposed by the Review, may not cut the mustard for some. The problems arising from asymmetric information, multiple layers of agent/principal conflicts, oligopolistic markets and obscured fundamental values may be beyond such gentle treatment. Structural reform to remove temptation is not to be confused with the increased, costly, and ineffective regulation to control bad behaviour feared by the Review.

It would also have been good to have seen bolder proposals in four other key areas. The fact that they are not covered is not, however, entirely Professor Kay’s fault. In an ironic example of the reductionist outlook that bedevils the City, there are important issues relevant to the financial health of savers and UK companies that sit outside the narrow brief allocated by the government to Professor Kay.First, the purpose of companies. It is increasingly clear that unless the large companies that control the way in which we live adopt an element of public (or social) purpose to sit alongside their private purpose two things will happen. Externally, alienation and frustration will continue to increase. Internally, there will be a continuing deficit of the dynamism and direction necessary to create and maintain positive cultures (see Barclays today, others tomorrow). This may require legislative change. The Review is correct to say that the law currently permits a recognition of broader objectives. But it is not what is happening in practice in too many instances.

Second, excessive debt (including not just government, corporate and personal debt but also trading on margins and short selling, which amount to the same thing as leverage). This is not only creating undesirable outcomes from an economic, social and political perspective. It is also making markets more volatile. And it is infecting equity asset management cultures with its lack of interest in long-term stewardship.

Third, speculative trading and derivatives unconnected to the real economy and beyond the level needed to provide the oil for the machinery of the market. This is often just gambling, with money that belongs to savers not traders. Overall, it is only the traders who win, through their extraction of rents. In the meantime, it can distort fundamental valuation and add further to the lack of interest in long-term investment horizons. There are plenty of steps that can be taken to lean against these activities whilst still leaving room for liquidity and fundamental value discovery (nicely distinguished by the Review from short-term price discovery).

Fourth, the creation of long-term value. This does not come primarily from a focus on engagement by asset managers. Nor, strangely, does it come primarily from a focus on financial metrics by companies. It comes from the paradox of profit; serve customers and society first and then profit follows on after. Today strong cultural leadership is required in business to stick to this formula and increase what the International Integrated Reporting initiative calls financial, manufactured, human, intellectual, natural and social capital, all of which are interconnected and mutually supportive.
This is a point made well by Professor Kay. The demise of ICI began when its corporate objective changed from its position in society to maximizing shareholder value. But savers need to learn this too.“Maximum return commensurate with risk” may be a successful short-term investment strategy, and it might even be a successful medium-term investment strategy. But in such a truncated form it is not a sustainable long-term investment strategy. Savers must learn first to sow into society before they can look to harvest. If “maximum return commensurate with risk” is the strategy pursued by all savers, and is the only message transmitted through the markets to companies, then the result is inevitable sooner or later: scorched humanity, socially and possibly environmentally. If savers don’t care, don’t shoot the asset managers.

James Featherby is Chair of the Church of England Ethical Investment Advisory Group and a former corporate partner of Slaughter and May. His book “Of Markets and Men: reshaping finance for a new season” has recently been published by Tomorrow’s Company. He writes here in a personal capacity.