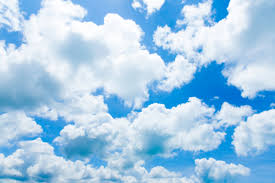 As users of social media know, every blog, photo, tweet, pin, swipe or ‘like’ is stored in the data cloud. As society transforms to mobile computing, companies too are transforming their own storage of data to cloud-based systems. This is being driven by the switch from analogue to digital technologies, rapid increases in data generation by individuals, and corporations ditching proprietary server-based storage. According to a study by CSC, the global data storage requirement in 2020 is estimated to be 44 times that of 2009, implying a growth rate of 41% per annum.

Data centres are big users of energy
In 2014, US-based data centres consumed about 70bn kWh of electricity, equivalent to 6.4 million households. According to the US Department of Energy, without efficiency improvements put in place since 2010, data centres would have consumed close to 40 billion kWh more than this for the same amount of work.
The largest internet providers were early to recognise the potential cost savings and environmental impact and so utilise some of the best practice in the industry.
Companies have come-up with innovative ways to minimise energy use, such as designing structures which manage airflows to maximise free cooling. At the same time data centres need to offer the best availability for their customers. The industry talks about the ‘five 9s’ goal of having data centre availability 99.999% of the time to minimise unplanned down time. That’s just five minutes of down time per year.

Environmental impacts
Information technology accounts for an estimated 2% of global greenhouse gas emissions, around the same amount as air travel. Of this, data centres directly contribute 15%, translating to 0.3% of total global emissions. The GeSI Smart 2020 report estimates that by 2020 it will be possible to cut emissions from data centres by 16.5% and save US$1.9 trillion in gross energy and fuel savings, while reducing 9.1 gigatonnes of carbon. This saving is equivalent to the entire carbon emissions from fossil fuels and cement in the year 2010.

Measuring the efficiency of data centres

One metric that has been introduced to measure the energy efficiency of data centres is Power Usage Effectiveness (PUE). This is defined as Total Facility Power divided by IT equipment power.
Essentially, this ratio compares the amount of non-computing overhead energy (such as cooling, power distribution, batteries and generators) to the energy of the IT equipment that conducts the primary tasks of storing, processing and routing data.So the lowest (and best) possible PUE is 1.0, where the total facility power is the same as that used for its primary tasks.

On average, data centres have about 70% of overhead energy compared to IT equipment, improving from 90% two years ago translating to an industry average PUE of 1.7 This means that for every unit of energy used to power IT equipment an extra 0.7 is needed to run the supporting functions of data centres.

PUE only conveys an understanding of the minimum possible energy use, so is not a perfect measure. However it is one which we monitor when assessing the sustainability of the technology companies in which we invest.

Managing water usage
Water is used in huge quantities to cool data centres, something which has become a major issue in drought-prone areas such as California.
Some companies have come up with innovative ways to deal with scarcity of water. Google has built a data centre in Finland in an old mill that has direct access to seawater. Microsoft favours natural air cooling, which is highly dependent on geographic location and seasonality, although the company is investigating the potential for subsea data farms. Apple, meanwhile, has designed a cooling system for their data centres that enables them to use the same water up to 35 times.

Summary
There is a tendency to think of industries such as travel and manufacturing as the most environmentally unfriendly. However the storage of data is a fast-growing business with the potential to be a major user of energy and water. However the industry recognises these challenges and has a clear commitment to addressing them. As sustainable investors, we see this trend as a major positive for sustainability.

Ryan Smith is Head of ESG Research at Kames Capital.