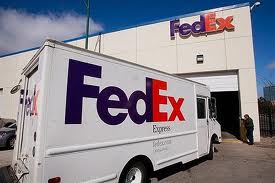 US express courier FedEx – under fire from investors and others over its controversial sponsorship of the Washington NFL franchise – has succeeded in having a shareholder proposal excluded from its upcoming annual general meeting (AGM) calling for its management to be barred from seeing voting results ahead of the meeting.

It was filed by governance activist John Chevedden and the company was able to gain permission from the Securities and Exchange Commission (SEC) to exclude it from its AGM in late September on the basis that it interferes with its ordinary business operations.

To support his proposal, Chevedden said there was a serious risk of FedEx’s management monitoring voting results before the AGM in order to “influence the outcome on matters where they have a direct self-interest such as the ratification of lucrative stock options.”

FedEx’s management should, as a result, be barred from seeing the preliminary results unless the company’s board felt that there was a “compelling reason” for them to do so, he said.In its submission to the SEC, FedEx said Chevedden’s proposal could be excluded because it was vague and because it interfered with its ordinary business operations.

“Preventing access to preliminary voting results interferes with all aspects of conducting annual meetings, including affecting communications with stockholders about meeting agenda items and preparing adequately for questions or discussions that might arise at the meeting itself,” wrote FedEx’s lawyers in the request. The SEC did not agree that the proposal was too vague. But it did uphold FedEx’s view that it interfered with the company’s ordinary business operations – specifically its preparations for the AGM.

A proposal filed in May by a group of responsible investors over FedEx’s controversial sponsorship of the Washington Redskin’s NFL team was also allowed to be omitted by the SEC.