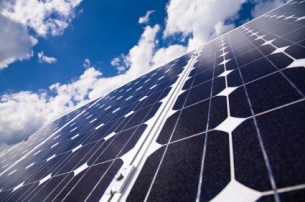 The R1.2trn GEPF, the largest pension fund in Africa, is nearly doubling its investment in the Boshof Solar Park project near Kimberley, saying it is a secure investment for its members and pensioners.

The GEPF’s Acting Principal Officer Joelene Moodley, who took over from the suspended John Oliphant last month, said: “We believe this a safe place for us to invest and the project is aligned with GEPF’s mandate to back infrastructure projects that promote economic growth and job creation.”

The project is being backed by the US development finance institution the Overseas Private Investment Corp (OPIC), which is providing $185m in debt funding.

Electricity generated by Boshof will feed into the South African grid, via a 20-year power purchase deal with national power utility Eskom and the Department of Energy. The plant is scheduled to come online in the fourth quarter of 2014. SunEdison will retain 51% of the project, with South African companies holding the remaining 49%. The GEPF’s 19% stake is via state-owned asset manager the Public Investment Corporation (PIC).Nehawu Investment Holdings, the investment arm of the National Education Health and Allied Workers Union, South Africa’s largest public sector union, will have a 20% stake.

“We believe that this project will generate social returns through job creation, while at the same time contributing to the generation of renewable energy,” said Daniel Matjila, Chief Investment Officer at the PIC. The project is expected to support over 1,000 jobs in total with around 50% of its total value going to local manufacturers.

Construction has also begun on two other utility-scale projects developed by SunEdison in Limpopo province, Soutpan and Witkop.

Meanwhile, Oliphant, suspended over alleged supply chain irregularities, is calling in lawyers to try to get a report into his alleged misconduct to be made public. He is due to appear before a disciplinary hearing this week and he tweeted: “I am going to instruct my lawyers to request GEPF to make the so-called forensic report public. In the interest of full transparency!”

In a later tweet, he added: “After every storm there is always a blue sky. To experience such storms at mere age of 31 can only enhance my wisdom.” Link