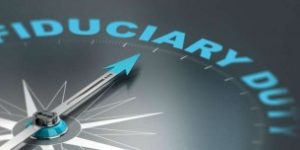 The Department for Work and Pensions (DWP) proposals on investment duties and ESG issues is beyond doubt: trustees should integrate ESG issues in their investment processes and disclose their approach.

The proposed amendments are set to reflect the modern interpretation of fiduciary duty in relation to ESG factors, dispel any remaining confusion between financially material ESG factors and ethical issues, and remove wording that creates a misleading impression of optionality around the incorporation of ESG considerations into investment processes. The proposal follows years of debate in the UK on ESG and fiduciary duty.

In 2011, in the wake of the financial crisis, Professor John Kay was commissioned by the UK government to examine how well UK equity markets support the long-term success of the corporate sector. Among other proposals, he recommended that the Law Commission review the legal concept of fiduciary duty.

The UK Law Commission published its report on the Fiduciary Duties of Investment Intermediaries in 2014, which concluded that “there is no impediment to trustees taking account of environmental, social or governance factors where they are, or may be, financially material.” The Law Commission recommended that the government should clarify that it is part of trustees’ duties to consider long-term risks such as climate change.

The PRI and UNEP FI have worked closely with our signatories, stakeholders and policy makers in the UK on the topic of fiduciary duty. In 2016, the PRI, UNEP FI and The Generation Foundation, published a UK roadmap as part of the Fiduciary Duty in the 21st Century programme. The Roadmap offered five main recommendations to achieve a modern interpretation of fiduciary duty – one that includes ESG integration. The recommendations were to: clarify the UK Investment Regulations; update the UK Stewardship Code; incorporate ESG issues in consultants’ investment advice; standardise company disclosures on material ESG factors; and enhance governance of DC schemes to consider ESG factors.Many of these recommendations have started to materialise. In 2014 and 2017 respectively, The Pensions Regulator (TPR) issued guidance for trustees of DC and DB schemes. These guidance documents emphasised that trustees need to take all factors that are financially material to investment performance into account, including ESG factors.

In June 2017, the Law Commission published another report on pension funds and social investment, which offered further clarification of the distinction between ESG and ethical factors, and reinforced the 2014 report’s calls for regulatory reform. In December 2017, the DWP issued its interim response to the Law Commission’s 2017 report. The DWP acknowledged that there is a need to revisit regulation on trustee fiduciary duties.

Also in December 2017, the Financial Reporting Council started to explore how the UK Corporate Governance and Stewardship Codes may best reflect ESG issues as important drivers of long-term corporate value, and the fiduciary duty that investors owe to their clients and beneficiaries.

In March 2018, the UK Green Finance Taskforce report called for an update to the Investment Regulations, as well as Trustee’s Statement of Investment Principles, to require trustees to explain how they take ESG issues, including specific consideration of climate change, into account in their investment processes.

Finally, in June 2018, the DWP published its legislative proposals as indicated by their interim response – namely – the proposal to “require all trustees of all schemes which are obliged to produce a SIP to state their policy in relation to financially material considerations including, but not limited to, those resulting from environmental, social and governance considerations, including climate change.”

Importantly, the DWP acknowledged that guidance hasn’t worked. “We have, on the basis of the evidence we have reviewed, concluded that despite The Pensions Regulator’s guidance, confusion and misapprehension over trustees’ responsibilities persists. Whilst there are clearly trustees who understand the issues, are actively engaging with them and are reviewing and where necessary amending their investment strategies accordingly, good practice appears to be far from universal.”

It is important to note that the DWP is not proposing new law, but clarification of the law. Fiduciary duties require trustees to integrate ESG issues, as Fiduciary Duty in the 21st Century concluded. In clarifying this, the proposed regulation marks the beginning of the end of the debate in the UK about fiduciary duty and ESG issues. Put simply, they clarify that integrating ESG issues is a necessary part of investment.