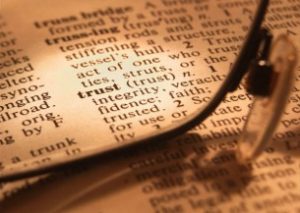 In the latest in our series on fiduciary duty, we look at comments from the Law Commission

The Law Commission has found itself at the centre of the debate about the role of fiduciary duty in long-term investment and environmental, social and governance (ESG) factors.

It was tasked by the government in the wake of the Kay Review to look again at fiduciary duty – and many people argue it hasn’t made the best use of the opportunity to be crystal clear about the role ESG can make in pension trustees’ decision-making.

But an official from the Commission, which reviews the UK’s legal framework, sought to do just that at a recent event hosted by the National Association of Pension Funds (NAPF).

While admitting that the Commission’s report is, at almost 300 pages, “somewhat heavy reading” and acknowledging that fiduciary duty itself is an “extraordinarily confusing phrase”, Tamara Goriely was at pains to say that trustees can indeed take account of ESG.

“May trustees look at ESG factors? The answer is yes. I hope that is sufficiently clear,” she told the NAPF’s Stewardship Conference. Despite this, observers complain that no such clarity exists in the report itself.

Goriely went back over the various legal elements that have formed the current thinking on fiduciary duty, including the specific trust deed, duties attached as a power, trustees’ duties of care, legislation, and, of course, legal precedent, most notably the notorious Cowan vs. Scargill case.

The last refers to a 1985 case, which turned on trustees’ discretion to make investments for the benefit of their members.It was brought by controversial coal miners’ union boss Arthur Scargill, with Goriely noting wryly that he was “probably not the best advocate for fiduciary duty, in retrospect”.

The case has been considered as the biggest legal barrier to UK pension funds taking ethical investment decisions.

But the fact that Cowan vs. Scargill is still being referenced will exasperate some in the sector, given that a report from law firm Freshfields and the UN Environment Programme Finance Initiative (UNEPFI) back in 2005 had said Cowan vs. Scargill had been interpreted too broadly and was not in itself a reason to rule out ESG consideration on investment.

Goriely said these cases aren’t always easy to interpret and apply today. Citing a case this year (Pitt vs. Holt) she explained that courts are reluctant to intervene with trustees’ decisions. Indeed, she said, the Law Commission has not found any cases where pension trustees were found liable for losses where they had followed procedure. This means where they use their discretion, consider the circumstances and take advice.

The law gives trustees very wide discretion and there is in fact very little case law to inform the debate, Goriely said. She added: “Nobody in this room is going to be sued for not stopping the fall of RBS.”

Goriely said trustees have the discretion to take account of wider investment factors aimed at increasing returns over the long-term. There were many studies, she said, showing the link between ESG and better returns and reduced risk over the long term.

But there was a reluctance to put this into legislation, which means trustees are not obliged to consider ESG.

For many in the responsible investment world, this is a real sticking point and one where the Law Commission needs to be clearer.

Turning to ‘ethical’ investment, Goriely stressed that trustees’ “basic purpose” is to provide a pension – not to save the world. Indeed, fiduciary duty may be helpful in helping pension funds to resist pressure from what she termed ‘interest groups’.Goriely was speaking on a panel titled ‘Revisiting Fiduciary Duty: a Silver Bullet or a Red Herring?’ The review was, she concluded, a “silver herring”. But Simon Howard, CEO of the UK Sustainable Investment and Finance Association (UKSIF), reckoned it was a silver bullet “in need of a polish”.

The Law Commission’s review into fiduciary duty closes on January 22 and its final report is due in mid-June 2014.