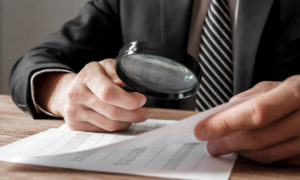 Global investors, ESG ratings providers and large companies have called on the EU’s proposed Sustainable Corporate Governance Directive to cover all businesses established or active in the internal market – including financial actors.

They are joined by multinational market heavyweights, including IKEA, Ericsson and Danone.

Arguably Europe’s most serious effort to incorporate social issues into its sustainable finance drive, the directive is expected to introduce mandatory human rights and environmental due diligence requirements across the bloc. Current plans are restricted to Limited Liability Companies, but the European Parliament has been pushing to extend them to cover all corporations operating in the market.

“This legislation has the potential to create a level playing field for companies to manage their environmental and human rights impacts. As investors we will be better equipped to fulfil our responsibility to respect human rights as a result of our own due diligence,” Peter van der Werf, Senior Manager Engagement at Robeco, said.

The push for financial actors to be included in this type of legislation is also happening on a global scale. Previously RI reported that financial institutions and investment funds were included in the definition of eligible business activities in the latest draft of the UN Binding Treaty on Business and Human Rights.

Returning to the Directive, it has been beset with delays. A final proposal was originally expected in the first half of 2021, but in December RI reported it is now expected next month.

Today’s letter in fact flagged signatories’ deep concern about the postponements and they urged the Commission to adopt a legislative proposal without further delay.

In addition, it proposed the due diligence requirements must also be accompanied by legal consequences, encompassing administrative penalties and provisions for civil liability, “that will be strong enough to ensure that businesses falling within the personal scope of the legislation carry out HREDD [Human Rights and Environmental Due Diligence] to a high standard and that those that are harmed have access to remedy.”

Several of the signatories also supported a statement last year calling for “a strong and ambitious law, rooted in mandatory safe and meaningful engagement” with individuals and groups affected by business activities. This sentiment was reaffirmed in this most recent letter.

On the EU’s other effort to strengthen social considerations in financial markets, a final report on a proposed Social Taxonomy will be published in late February or early March, Antje Schneeweiß, managing director at German church investment group Arbeitskreis Kirchliche Investoren and head of the subgroup of the EU’s Platform on Sustainable Finance tasked with overseeing the work, told RI.