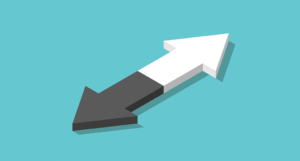 Financial institutions responding to a consultation on what should be in the next phase of the EU’s sustainable finance agenda were “split” on whether a classification system should be developed for harmful economic activities.

The European Commission launched a consultation on its ‘Renewed Strategy’ – the sequel to its 2018 Action Plan on Sustainable Finance – last April. Yesterday, it published the feedback, revealing that a “considerable share” of respondents opposed the creation of a taxonomy of unsustainable activities to complement the so-called ‘green taxonomy’, which the EU passed into legislation in 2019.

The questionnaire received 648 responses, with banking representing the highest number of submissions (14%) followed by the investment sector (12%).

While most stakeholders – particularly academics and civil society groups – supported the creation of a taxonomy identifying economic activities that undermine the EU’s climate and environmental objectives, the Commission’s report reveals that 37% opposed the plans.

Most of the objections came from business associations and companies. Financial firms, however, were divided, with 41% of respondents agreeing with the development of such a taxonomy, and 44% disagreeing.

One of the most common objections cited was that the “taxonomy would discourage investments or may lead to higher transition risk”, said the Commission.

The EU’s ‘green taxonomy’ is a central pillar of the union’s Green Deal. Details of what exactly will be deemed a sustainable business activity under the classification system was expected earlier this year, but has been delayed amid reports of push back from EU Member States and corporates who wish to weaken it.

Calls for a broader range of taxonomies, including for unsustainable activities, however, have been made recently by Europe’s three financial regulators – known as the ESAs –  in their response to this consultation.

One of the reasons cited for supporting a ‘polluting’ taxonomy in the consultation report is that such a classification system could “help supervisors identify and manage climate and environmental risks”.

The Commission’s official Technical Expert Group on Sustainable Finance also advised it to create such a taxonomy in its final recommendations last year.

The Principles for Responsible Investment backed that recommendation in its response to the consultation, and suggested that a ‘polluting taxonomy’ already exists within the existing green taxonomy regulation.

The consultation also found that 41% of respondents regard credit rating agencies’ integration of ESG in their ratings as “not transparent”. When asked if the EU should take further action on the issue, 42% respondents agreed.

Suggested actions put forward in the consultation include that the EU “consider a review on the CRA regulation to address new challenges and issues raised by integration of ESG factors”.

Similarly, most respondents called on the EU to take more action to “promote/facilitate minimum transparency and quality standards for ESG research and ratings”. 57% said they regarded the current “comparability, quality, and reliability of ESG data poor or very poor”, according to the Commission.

Last month, London-based think tank SustainAbility advised the EU to set up a certification and supervisory regime for ESG data and ratings providers, as well as developing industry standards.

Credit rating giant Moody’s, which is a majority owner of ESG research house Vigeo Eiris, argued in its response to the consultation that the “market is young” and “ESG assessment providers do not require regulation”.

“There is currently a diverse range of ESG research and assessments providers. This diversity yields different approaches on what to measure, different methodologies, different strengths, and different insights. Diversity promotes healthy debate at this early stage of the market’s development”, it said.

“For WWF, the Commission's analysis makes clear that a majority of stakeholders want the Commission to take bolder action sustainable finance, in its renewed Sustainable Finance Strategy,” said Sebastien Godinot, Economist at WWF. “Building on this momentum the Commission must table a very ambitious legislative proposal on sustainable corporate governance in June, reform in the next three years the relevant financial legislation on credit rating agencies, ESG ratings, capital requirements and more, and prepare the development of a full EU taxonomy”.

The European Commission is expected to adopt the Renewed Sustainable Finance Strategy in the  first half of 2021.