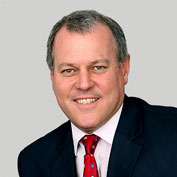 Climate change is as old as the planet we call home. It forms part of the natural, slow oscillation of the world’s ecological pendulum. While human development has been founded on a period of relatively benign climate conditions since the end of the last Ice Age, it is now widely recognised that industrialisation and rapid population growth have created an economic growth model where human activity has taken over from nature as the primary agent of climate change. This has pushed the planet beyond its ability to repair and regenerate the ecological systems on which all forms of life depend.

A recognition that we are testing the planet’s ecological boundaries is now setting the stage for an historic reorientation of the world’s economic growth model towards a new, more sustainable path.
While its genesis may have been in environmental concerns, it is fast evolving into a more holistic approach to sustainable development that incorporates social and governance factors typified by the development of the Sustainable Development Goals set out by the UN in 2015.

Sustainability lies at the heart of successful long-term investing. As investors, our approach to sustainability must reflect the changes going on in the world in a way that makes us part of the solution, rather than part of the problem.

In addition to divestment and engagement, as allocators of capital we need to ask how we can take positive action and participate in meaningful change. Indeed, investment opportunities are more plentiful and diverse, with government support and policy needing supplementation by private capital – and calling for it – if the volume of necessary investment is to be deployed at the pace required to catalyse change for our planet.

Let’s take a practical example to illustrate. The world has embarked on its third energy transition: a relatively rapid shift in favour of low-carbon energy. Solar and wind are set to become the dominant and far more economical power sources as the world electrifies. This suggests that the path to decarbonisation, and the associated energy transition, is ready to be considered for capital allocation by asset owners.

More cost-effective technology has now brought us to a point where solar and wind energy are often cheaper than legacy primary energy sources, notably nuclear power and coal. Increasingly, the near-term economics of these proven technologies support the ecological imperative to push progress towards decarbonisation further, faster. Whilst historically we know that changes in primary energy sources are multi-decade processes, the speed of previous energy transitions has regularly outpaced predictions.

Furthermore, renewable energy adoption has risen to above critical mass. In 2000, solar and wind generated power accounted for just 0.2% of the world’s electrical power mix, rising to 7% in 2017.

Also by 2017, renewables accounted for almost two thirds of net new global electricity capacity, with greatest demand growth coming from Asia.This figure is forecast to reach 100% by 2020. A further driver is seen in mass transportation, soon likely to be dominated by electric-powered vehicles deriving their energy from renewable sources. Electric vehicle production is on the cusp of a step change in 2019-20, as key auto incumbents move beyond the internal combustion engine, and China claims leadership in this area. Alongside a series of other wins in the fields of renewable energy capacity growth and development, China now produces over 50% of electric vehicles worldwide, and its impact on the transition will be influential.

This means that, following the allocation of public capital and the shaping of policy, the baton is ready to be handed to private capital in allocating the funding needed for a significant shift in trajectory.

Asset owners can make purposeful choices, and through these, a meaningful difference. Just as investment committees have shaped exclusion lists, the time is ripe for considering how to take positive action. In allocating capital to a universe of companies that support the transition to decarbonisation, a double positive is achieved – not only is capital made available to companies catalysing positive change, but wise allocations also serve as insurance against the unknown implications of climate change in other parts of an investment portfolio.

There are barriers to positive action. No investment sector has yet been defined to capture companies that are benefiting from the world’s journey to decarbonising. No logical investment bucket has yet been defined by the consultant community to position this kind of universe in the context of an overall portfolio. No standardised metrics have been defined as a benchmark for measuring impact, with the stance taken that sustainability factors are already woven into the fabric of a conventional equity portfolio.

In conclusion, asset owners, allocators of private capital, business and governments have a significant role to play in positively directing capital to the companies who show the greatest potential in coming up with the solutions needed to address sustainability challenges. Yes, rapid reassessment will be required to address portfolio weightings and focus will be required to build portfolios that effectively capture the structural investment theme.

Yet the first step towards optimising investment portfolios must be to recognise the scale of the challenges ahead, to implement a framework for how current investment portfolios may be affected, and understand the opportunities arising from the fundamental structural changes taking place in our world today that could lead to positive impact for the future.