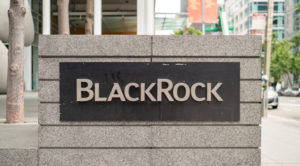 Note: This article has been amended to clarify that the signatories to the Majority Action letter are individuals not institutions.

Larry Fink, founder and CEO of BlackRock, the world’s largest asset manager, has published his annual letter to the CEOs of portfolio companies, advocating for enhanced climate disclosures and a better definition of corporate purpose.

An annual tradition in the financial calendar ever since the Global Financial Crisis of 2008, Fink’s 2021 letter touches upon racial equality, the investable opportunity of the climate transition and business analysis of the Covid-19 pandemic.

A particular chapter of his letter highlights the importance of data and sustainability disclosure, in particular those that are covered by the Task Force on Climate-related Financial Disclosures (TCFD).

“We are asking companies to disclose a plan for how their business model will be compatible with a net zero economy. We are asking you to disclose how this plan is incorporated into your long-term strategy and reviewed by your board of directors,” he wrote.

The letter explicitly reminds CEOs of public and of large private companies to report in alignment with the TCFD recommendations and, beyond climate, with the Sustainability Accounting Standards Board (SASB) – even if that is “cumbersome”.

Fink acknowledges that “the variety of reporting frameworks creates further complexity for companies,” hinting at support for the IFRS Foundation’s sustainability initiative: “We strongly support moving to a single global standard, which will enable investors to make more informed decisions about how to achieve durable long-term returns.”

Fink added in his annual letter: “Because better sustainability disclosures are in companies’ as well as investors’ own interests, I urge companies to move quickly to issue them rather than waiting for regulators to impose them. (While the world moves towards a single standard, BlackRock continues to endorse TCFD- and SASB-aligned reporting.)”

Fink also revisited the stakeholderism propopostions of previous letters. “The more your company can show its purpose in delivering value to its customers, its employees, and its communities, the better able you will be to compete and deliver long-term, durable profits for shareholders.” He added that companies with better ESG profiles enjoy a ‘sustainability premium’ as they perform better than their peers.

The letter comes as major US state treasurers, fiduciaries and trustees from bodies including CalSTRS and CalPERS, call on BlackRock to agree to not give further corporate donations to the 147 members of Congress who objected to the election results after the Capitol riots, and do more on transparency around corporate political spending, including voting against directors who refuse disclosure.

“We write to you today in our capacity as institutional investors concerned with the erosion of political stability in the United States. A functioning democracy is foundational to a stable economy, and as institutional investors we rely on economic and political stability in order to generate consistent investment returns on behalf of our beneficiaries. We believe that the events of January 6 add greater urgency to concerns and expectations regarding corporate political spending and lobbying transparency and practices.”

The letter suggests that BlackRock doesn’t follow its own policy recommendations on corporate political activities, saying if it did “the firm could have avoided the reputational damage related to its political action committee (PAC) donating $85,000 to 15 legislators who continued to deny the results of the 2020 presidential election even after the invasion of the US Capitol.”

The letter says BlackRock’s temporary pausing of all PAC donations does not mitigate the damage and notes that peer asset manager State Street announced that it would not support lawmakers or candidates who undermine legitimate election outcomes, stating clearly that “culpability for this untenable challenge to our Constitution and American values goes beyond the criminals that attacked our Capitol, and falls to a number of our elected leaders as well who, in effect, perpetuated the lies and untruths about the outcome of the 2020 presidential election.”

Other complaints in the letter focus on BlackRock’s disclosure of trade association payment, described as “inadequate” and its “historic failure to support efforts by other shareholders to promote greater transparency regarding political spending and lobbying at S&P 500 companies”.

The letter cites research finding that BlackRock voted against all 48 of the shareholder proposals calling for greater lobbying and political spending disclosure at S&P 500 companies that would have received at least 20% support in the 2020 shareholder season.

“Nineteen proposals would have received support of a majority of shareholders if both BlackRock and Vanguard had supported them, including proposals at ExxonMobil, Duke Energy, and NextEra,” says the letter.

The letter concludes that BlackRock has failed to demonstrate leadership on the issue and asks it to commit to a number of actions including supporting shareholder proposals on disclosure of corporate political spending, and voting against board members who fail to do so.

BlackRock is also asked to comprehensively disclose and rigorously reassess its own corporate political spending.

The signatories to the letter are the following state treasurers, fiduciaries and trustees: