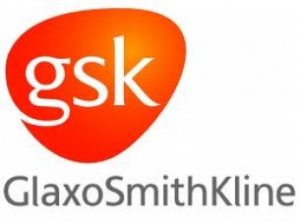 First State said it has held regular discussions with GSK’s CEO Sir Andrew Witty as the company grapples with governance issues in China having been fined $490m (€387.6m) for bribing doctors and hospitals to promote its products.

In its latest quarterly client update for the strategy, which encompasses a range of funds, First State says a number of clients and Sweden-based Ethix, a screening service it uses at the request of some clients, raised concerns about the investment case for GSK.
First State revealed it has had a number of meetings with Witty over the last 18 months. It continues to invest in GSK due to its belief in Witty’s “determination to turn the broader company around and improve their overall ethical, clinical and research practices” amid an acknowledgment that “China is the one place that they are yet to sort out properly”, struggling to find good management.

First State said: “They could have probably paid money to escape the scandal but thankfully they did not, and now that they are in it they have very little control over information flow, timing and legitimacy of investigations and the outcome; as a result, we have reduced ourposition within the strategy to make the investment more defensive for clients.”
“One generous interpretation is that under new management GSK have effectively become whistleblowers on the whole system and, as such, are suffering the fate that often befalls whistleblowers by being made an example of.”

First State goes on to say that is difficult to know if it’s possible to turn around a “supertanker” like GSK: “We continue to debate these issues daily.”

The scandal has seen GSK’s former head of Chinese operations, Mark Reilly, given a suspended three-year prison sentence and deported. Other executives also received suspended jail sentences. GSK formally apologized to China, with Witty calling it a “deeply disappointing matter”.
GSK was removed from the Dow Jones Sustainability Index World (DJSI World) in 2012, two months after it settled a huge fraud lawsuit from US regulators for $3bn.
First State is owned by the Commonwealth Bank of Australia and operates as Colonial First State Global Asset management (CFSGAM) in Australia. Yesterday, it emerged that the Commonwealth Bank of Australia was facing legal action from the Australasian Centre for Corporate Responsibility after the bank refused to let it file an ordinary shareholder resolution asking it to report annually on the level of greenhouse gas emissions if finances.