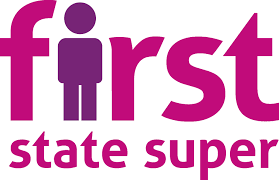 A high-level Australian impact investment body including First State Super, the National Australia Bank and Impact Investing Australia has this week launched a plan for setting up a Big Society Capital-style A$300m social investment bank in the country.

Not-for-profit First State Super has more than 750,000 members and is one of Australia’s largest superannuation funds with more than A$52bn (€33.5bn) in assets.

It comes as the Australian government plans to amend legislation to boost investment in social impact bonds and prepare a discussion paper on impact investing following a sweeping inquiry into the country’s financial system.

The Australian Advisory Board on Impact Investing was set up as part of the G8 social impact investment taskforce, the international initiative led by renowned venture capitalist Sir Ronald Cohen and backed by a number of influential players including the European Union and the White House. The board’s members have included representatives from sovereign wealth fund Future Fund and the body is chaired by Rosemary Addis, chair of Impact Investing Australia. First State Super’s Chief Investment Officer Richard Brandweiner – who also is President of the CFA Society of Sydney – is a director.

In a new report this week, it sets out a plan for establishing a social impact investment bank in Australia with a similar model to the UK’s Big Society Capital, saying the country has the potential to be competitive in the global impact investment market.

The proposed organisation, provisionally called Impact Capital Australia, should be an investor and market champion, says the report, and will need A$300m to operate and become self-sustaining within seven years.The report recommends that the capital come from a mixture of predominantly grant funding from government, and debt or hybrid funding from financial institutions and philanthropic bodies, saying: “the presence of government and the banking sector would send powerful signals to the market”.

The UK’s Big Society Capital was initially capitalised by an estimated £600m from dormant bank accounts and some bank finance. Japan’s legislative house the Diet is deciding on following a similar model to capitalise a social investment bank.

The report also sets out a governance and leadership framework for Impact Capital Australia and calls on government, community sector and major financial institutions to collaborate on establishing the organisation.

There are currently no official figures on the size of Australia’s impact investing market, but according to the Advisory Group best estimates say the market could reach A$32bn in a decade.

Australia has a couple of local government level social benefit bonds, the local name for social impact bonds. Federal Treasurer Scott Morrison, in his prior capacity as Social Services Minister, signaled his intention to use social impact bonds to tackle the country’s welfare responsibilities this summer.