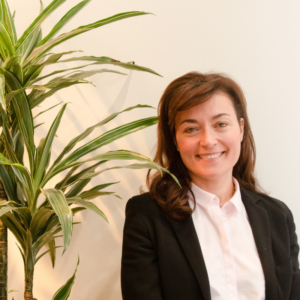 The Luxembourg Stock Exchange (LuxSE) has further bolstered its sustainability capabilities with the appointment of Eurosif’s Flavia Micilotta as a Director.
Micilotta, a member of the European Commission’s recent High Level Expert Group on Sustainable Finance, has headed up Europe’s sustainable investment forum for the last three years. She succeeded François Passant, who left to join Nordea Asset Management as Global Head of Marketing & Business Management based in Luxembourg.
A spokesperson for LuxSE confirmed the move to RI and said that Micilotta began her new role this month.
In a LinkedIn post the exchange expressed its delight at Micilotta’s appointment as its “new #LGX Director”. Earlier in her career she had a stint at clearing entity Euroclear in a CSR role.
LuxSE’s green credentials were established in 2013 when it became the first stock exchange to list a Green Bond, it has since become the first – and it claims the only – exchange to operate a platform dedicated entirely to green, social, and sustainable securities.
The Luxembourg Green Exchange (LGX), which launched in 2016, now lists over 220 bonds worth in excess of $110bn, issued by local governments, multinationals, supranationals and privately owned companies.In 2017, the exchange also hired sustainability specialist Jane Wilkinson, who was a Partner at the Luxembourg arm of financial services firm KPMG at the time, as its Head of Sustainable Finance. Luxembourg itself has been trying to position itself as sustainable finance hub since at least 2012 – when it said it wanted to make responsible investment the third pillar of its funds industry alongside UCITS and alternative investment funds.

Last October, Luxembourg’s Government commissioned the UN Environment Finance Initiative to develop a sustainable finance roadmap for the Grand Duchy, which among its recommendations included that the consider tax incentives to promote sustainable investment.
Finance Minister Pierre Gramegna said at the time that the roadmap “builds on the strong collaborative spirit that exists here in Luxembourg between the financial center, the government and the civil society in the field of sustainable finance”.
The government has set up a public-private entity called the Luxembourg Sustainable Finance Initiative to analyse the report’s findings. Eurosif were unable to comment on Micilotta’s move at the time of writing.