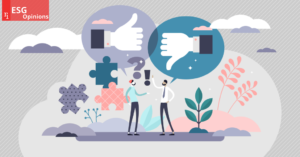 If we believe critics, the EU Taxonomy has the awesome power to trigger a green asset bubble, starve carbon-intensive industries of capital and undermine the attractiveness of sovereign bonds. These arguments ignore how financial markets and investors operate. Does it matter? It does – because giving credit to flawed arguments hinders proper policymaking and can ultimately undermine the credibility of the EU sustainable finance agenda, with a Taxonomy that deviates from science, reporting rules that provide partial information and disclosure rules that prescribe potentially misleading information to retail investors. It is high time we use our common sense to interrogate and challenge these claims.

Before we delve into the details of the EU Taxonomy, we must first recall how investors and markets work. Most investors, with a few exceptions, seek to achieve an ideal return for a given level of risk taken, consistent with their fiduciary duty. In that process they construct their investment portfolio by combining asset classes with very different risk-return profiles. When regularly adjusting its portfolio to market developments, an investor is unlikely to swap a holding of government bonds for a portfolio of shares because of the very different risk-return profile.

Let’s turn back to the Taxonomy now. In a very simplified way, the initial purpose of the ‘Green Taxonomy’, focusing for now on climate change, is to establish a list of sustainable economic activities that are fully compatible with the objectives of carbon neutrality by 2050 enshrined in the Paris Agreement and the EU Climate Act. According to critics, this list has the power to influence capital allocation decisions, thereby triggering a green asset bubble, starving carbon-intensive industries of capital and diminishing the attractiveness of sovereign bonds. This ‘green list’- would be excessively binary and would push investors to divest from non-sustainable economic activities entirely and shift towards sustainable activities. This claim is so common that it has even been mentioned by the Platform on Sustainable Finance itself. We remain sceptical. To illustrate why – let’s dissect these criticisms one by one.

‘Investors cannot shift their entire portfolios even if they wanted to. Therefore, they will for the foreseeable future still be largely investing in activities not aligned with the Taxonomy’

The first criticism is that the Taxonomy is binary: a company not meeting the thresholds would not be deemed sustainable and would lose access to financial markets. This assumes that there are many taxonomy-aligned investment opportunities to which investors could re-orient their capital. This implies that investors would currently be ignoring perfectly profitable and sustainable investments, probably due to lack of information and data. We find that very unlikely. The most recent estimates show a very low estimated level of alignment (1-2%) for broad market indices, confirming our economic model is not aligned with the climate objectives, which is confirmed by expected low levels of alignment for investment funds (less than 3% of EU fund portfolios have an estimated Taxonomy-alignment of 5% or higher), as confirmed by the European Securities and Markets Authorities. Investors cannot shift their entire portfolios even if they wanted to.

Therefore, they will for the foreseeable future still be largely investing in activities not aligned with the Taxonomy.

The second criticism is that the Green Taxonomy could trigger a ‘green bubble’ as investors would seek to allocate as much of their capital to the relatively small investable universe that is currently aligned with the Taxonomy. This movement would fundamentally alter the risk-return equation for these assets as the additional demand would drive up the price of these assets, resulting in a significant mispricing of risk. As the Bank of International Settlement only recently noted, the valuations of clean energy companies may have been stretched but are already coming down again and pose no threat to financial stability. First, as mentioned earlier the size of the taxonomy-aligned investable universe seems too small to allow this to happen at scale. Second, a sudden move would lead to a significant mispricing of risk. Investors acting in line with their fiduciary duties would at some point shun these assets, bringing prices down. Thirdly, this assumes that Taxonomy-aligned investments are one asset class whose price may get inflated, whereas they cover different sectors of the economy with very different business dynamics and different asset classes such as shares, bonds and real estate.

A much more structural problem is the fact that many investments necessary to meet Net Zero by 2050 are not investable or profitable at this stage, as McKinsey noted in a report. Rather than a green bubble, the biggest risk is that a significant proportion of the investments remain unattractive for private capital.

The third criticism is that the EU Taxonomy may undermine the attractiveness of sovereign bonds. Before examining that point in more detail, it should be clarified that applying the Taxonomy to sovereign bonds is currently very challenging, as confirmed by the EU Technical Expert Group on Sustainable Finance in its final report. Sovereign bonds are issued to finance general government expenditure, which sometimes can be traced back to specific projects or activities, but most often not. Therefore, in its current form, identifying the Taxonomy alignment of a sovereign bond portfolio is challenging, except for sovereign green bonds that finance specific green investments.

The same logic is now being considered in the disclosure rules for investment funds under the Sustainable Finance Disclosure Regulation (SFDR), which are in the process of being finalised and will be important in the financial advisory process for retail investors. The argument for excluding sovereign bonds is that it would unfairly penalise investment funds with large sovereign bond exposures. However, the same argument can be turned upside down: two investment funds, one entirely in shares and one with 10% in shares and 90% in sovereign bonds, may display completely identical Taxonomy-alignment ratios while having completely different asset allocation. This could be seriously misleading, particularly to less well-informed retail investors.

Again, the arguments are flawed. First, assuming Taxonomy-alignment is a significant factor for investors, it could only affect the overall attractiveness of sovereign bonds if some bonds would be Taxonomy-aligned and others not. However, since the Taxonomy is challenging to apply to this entire asset class, we fail to understand how it would significantly impact only some sovereign bonds.

Secondly, this assumes that investors can easily shift their capital from unaligned assets such as sovereign bonds towards assets that can be taxonomy-aligned, such as shares. This argument completely misses the fact that these are entirely different asset classes with different risk-return profiles. A similar argument applies to the sale of investment funds. It assumes that investment funds with large sovereign bonds holdings ‘compete’ with investment funds with large equities holdings which will tend to be more Taxonomy aligned. The reality though is that these investment funds tend to have a very different risk-return level. When a retail investor gets financial advice, their advisor will run the MiFID suitability test, looking at their investment objectives and identifying their ability to bear losses and take risks. It is unlikely that the same investor will be given the choice between a riskier fund with a large share of ‘aligned’ equities and a fund with ‘unaligned’ sovereign bonds.

The credibility of the EU sustainable Finance plan is at stake

Unfortunately, policy choices made to address critics using the arguments above may end up undermining the long-term credibility of the EU sustainable finance agenda.

These arguments have allowed some interests to push for a less ambitious and science-based Taxonomy compared to the initial proposal by the Technical Expert Group. For example, the EU is now considering including natural gas activities in the Taxonomy despite clear signals that this is incompatible with carbon neutrality as confirmed recently by the IEA NetZero 2050 Roadmap and the 6th IPCC Report.

It has resulted in the adoption of reporting rules under the Taxonomy which will provide a very partial picture of the alignment of financial institutions with the Taxonomy, thereby undermining the reliability of these data points.

And now there is a real risk that the same flawed arguments will determine the outcome of the technical rules under SFDR for investment funds to display their alignment with the Taxonomy, which in the worst case could end up providing misleading information to retail investors.

The EU sustainable finance agenda remains a complex but essential endeavour in ensuring the financial sector plays its role in achieving sustainability objectives. And policymakers and investors are operating in the complex environment of limited or imperfect data from investee companies.

But it is essential that we constantly distinguish real problems from flawed arguments if we want to make the right choices. 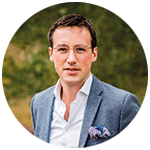