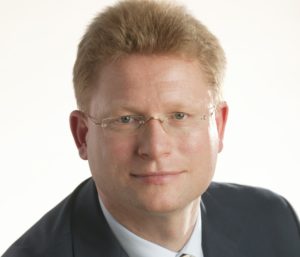 Forum Nachhaltige Geldanlagen (FNG), the German social investment forum or SIF, believes a new quality label for sustainable investment funds being developed for it by Novethic, the French sustainability research firm, could be a breakthrough in terms of making such funds part of the mainstream in Germany.

Last year, Germany’s total fund market, to include funds for retail and institutional investors was worth €2.1trn. Although they once again posted double-digit growth, the volume of sustainably managed funds was €31bn, or just 1.5% of the total market. This is surprising, given that the principle of sustainability is widely accepted in Germany. Consider that under the so-called Energiewende, the country hopes to be the first industrialised nation to have its economy run mostly on renewable energy by mid-century.

Yet when it comes to investing, sustainability hardly plays a role in Germany. According to Volker Weber, FNG’s Chief Executive, this is because financial institutions – save for a handful of ethical and church banks – basically lack the competence to promote the theme.

“Financial institutions are always saying they would push sustainable funds more if there were demand for them,” says Weber, who was interviewed by Responsible Investor in his Berlin office. “But the truth is that, normally, product innovations come from the seller and not from the buyer. We think the reason has more to do with the dearth of knowledgeable distributors at banks and insurance companies.” To improve the situation, the FNG is a key sponsor of ‘Leonardo,’ a project from the European Commission aimed at training financial advisors in sustainable investing.

Another problem with integrating sustainability in Germany’s investment market is, ironically, the government itself. The governing Conservatives and Social Democrats have, for example, never taken a stance on the issue. Only the opposition Green Party is on the record for having urged more sustainable investing as well as minimum legal standards on funds that do so. Meanwhile, Berlin’s politicians are not being helped much by civil servants, particularly those in thefinancial ministry who do not recognise that ESG (environmental, social and governance) factors can be as important as financial ones. As a result, ESG plays almost no role in German financial regulation.

Enter FNG’s quality label, which could be a game changer as it provides clients an easy way to invest sustainably.

Says Weber: “Financial institutions simply do not have sustainable investing on their agenda. However, once the sustainable funds that are out there qualify for the label, it will be a lot easier for investors to identify them and order them. And once they start doing that, then and only then will the financial industry get the message and react.”

The FNG announced its plans for a quality label in the autumn of 2013. It said then that funds in Germany that would qualify would be those that exclude cluster bombs and other controversial munitions, nuclear power as well as companies that violate human and labour rights. Paris-based Novethic, already the leader for assurance of sustainable funds in its home market, has now been tasked with developing the German label according to the criteria specified by FNG. The label’s rollout is expected in November 2015.

Weber also expanded on his views on Swiss Sustainable Finance (SSF), the new Swiss lobby started in part by Sabine Döbeli, who was formerly the FNG’s Deputy Head for Switzerland.

As the FNG itself represents Switzerland, was it competition? “No it’s not,” he replies, noting that the SSF is mainly focussed on promoting the Swiss sustainable financial industry as a whole. FNG, meanwhile, is promoting sustainable investment in the four German-speaking countries as well as on European level within the Eurosif umbrella body, Weber adds.

Indeed, despite the recent launch of the SSF, the FNG has lost none of the biggest players in Swiss sustainable investment as members. These include the asset managers like J. Safra Sarasin, Notenstein and RobecoSAM as well as ESG research firm Inrate or Ethos, the Swiss proxy firm backed by pension schemes.