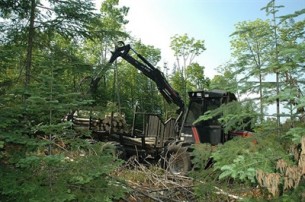 Investors running assets of US$1.3 trillion have signed up to a new initiative backed by the United Nations and HRH Prince Charles’ Rainforests Projects that will ask 150 companies in the Fortune 500 index as well as 50 other companies to report on risks that they could be contributing to dangerous deforestation. The Forest Footprint Disclosure (FFD) Project is being supported by investors including the UK’s Environment Agency Active Pension Fund, Crédit Agricole Asset Management Group and Generation Investment Management. It says it will approach companies to respond to a questionnaire where it considers they may have a high potential ‘forest footprint’ such as links to the cutting down of forests or business in agricultural commodities planted on deforested land such as beef, soy, palm oil, timber and biofuels. It said the responses should enable investors to better understand regulatory, environmental and reputation risks that exposure to companies linked to controversial deforestation projects could pose to their portfolios. The results of the questionnaire will be made available to endorsing investors in the first of a series of annual reports to appear in January 2010. The report will identify companies that are ‘best in class’, those that have identified strategies for managing their risk, and name and shame those that decline to disclose theirforest footprint. The project said it had hoped to have a similar impact as the Carbon Disclosure Project has had in getting companies to report on their levels of carbon dioxide emissions. Andrew Mitchell, chair of the FFD Project steering committee, said: “Deforestation is a global emergency, the importance of which the business world needs to wake up to. Billion dollar funding mechanisms and new regulations are being put in place by governments to curb emissions from forests and agriculture. Calls are being heard from world leaders, major businesses, and influential NGOs to halt deforestation now and this is going to have a material impact on the way business can act in the future.” Gareth Thomas, Minister of State at the UK Department for International Development, which is also backing the initiative, said: “Investors have a key role to play as they manage their portfolios and use their influence to help direct business in a positive direction. This could prove to be a pivotal project in the fight against deforestation.”
Funders of the FFD include the David and Lucille Packard Foundation, the Esmée Fairbairn Foundation, the Rufford Maurice Laing Foundation and the Waterloo Foundation. Its steering committee includes representatives of the Princes’ Rainforests Project, UNEP Finance Initiative and investors.