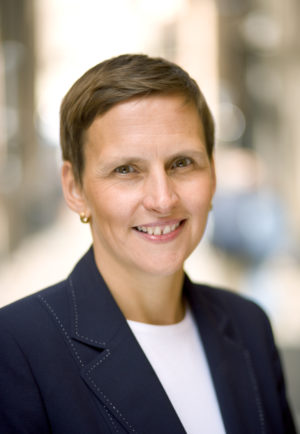 The Transition Pathway Initiative (TPI), the online tool that assesses companies’ preparedness for the low-carbon transition, has appointed Nadine Viel Lamare – the former Head of Sustainable Value Creation at Swedish buffer fund Första AP-fonden (AP1) – to a new role of Director of the initiative.

She left AP1 at the end of 2018 and had represented the fund on the TPI. She will be responsible for the ongoing development and expansion of the TPI, managing key relationships and representing TPI externally.

Recent new supporters of the initiative include Norges Bank Investment Management and investment consulting and insurance house Willis Towers Watson which have taken support to over $13trn in assets under management. The appointment is effective immediately and is part time with the role expected to take two to three days a week.

She will work closely with TPI’s two co-chairs, Adam Matthews, of the Church of England Pensions Board and Faith Ward on behalf of the Environment Agency Pension Fund (part of the Brunel Pensions Partnership), LSE and PRI.Matthews said she joins “at exactly the right moment”.

“Nadine is highly respected for her leadership and knowledge and played an important role on behalf of AP1 in supporting the foundation of TPI.

“We are excited by what we can achieve together. She understands from an asset owner point of view the enormous benefits that TPI bring to owners and investors alike.”

“She joins at exactly the right moment”.

Ward added: “With Nadine’s skills, knowledge and energy we believe we can make many more investors aware of TPI and amplify action on the transition to a low carbon economy.”

Barrie has acting Secretary of the Ethical Investment Advisory Group (EIAG). He will continue to support the EIAG while a successor is appointed.