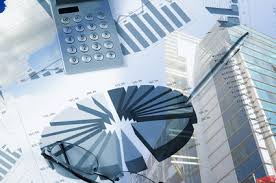 FourWinds Capital Management, the asset manager which lost a mandate for a forestry fund in 2013 and liquidated its pension fund-backed water fund last year, has re-surfaced under new ownership to become a signatory to the Principles for Responsible Investment (PRI).

Co-founder Kimberly Tara is no longer CEO and the company, now part of holding company Tharwa Investments, is currently involved with new initiatives such as a giant $11bn 6,000MW coal power project in Egypt and a car-parts foundry in Abu Dhabi. It launched a $1bn Egyptian infrastructure fund last month.

FourWinds was founded as a renewable fund specialist in January 2007 by Tara, a former Morgan Stanley banker. It was headed up in the UK by former Sainsbury’s pension investment controller Chris Armitage.

The Cayman Islands-domiciled firm went on to manage the listed Phaunos timber fund, a Guernsey-based vehicle that grew to $418m (€380m) in assets.

It also had backing from the likes of the West Midlands Pension Scheme (which had an almost 30% stake at one stage) for its own Aqua Resources water fund, also based in Guernsey. As 2012 began, Aqua Resources, which was managed by Tara, had just under €100m in assets, including money from the UK schemes.

Yet by the end of 2012 Aqua Resources was foundering due in part to an investment in a Chinese hydroelectric firm and was also found to have breached London listing rules. The water fund’s shares were delisted from the London Stock Exchange in November 2012 and the fund itself liquidated in September 2014.Meanwhile, FourWinds’ mandate to run the Phaunos timber fund was terminated as of December 2013, with management eventually passing to Stafford Capital Partners in July 2014. Phaunos had wanted to cut costs, though the termination cost it $4.2m.

Tara, who remains a director, has been replaced as CEO by Vivek Rao, a former CEO of Meraas Capital, a Dubai-based real estate investor. Armitage is not listed among the firm’s investment and management teams.

According to its website, FourWinds has offices in Boston, Dubai, Kuala Lumpur, London and Hong Kong with further locations opening soon in Abu Dhabi, Riyadh, Johannesburg and Shanghai. It is listed on the PRI site as an investment manager based in the UK.

Neither FourWinds nor Tharwa were available to comment. The PRI said: “When a signatory joins the PRI, it is required to commit to the Six Principles, which are aspirational, and to complete the PRI reporting Framework each year. The organisation also sends a chart showing its structure. It is not required to provide additional information.”