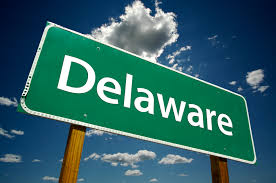 Some 40 US listed companies – including 14 on the Russell 3000 – have adopted controversial so-called “fee-shifting” bylaws that are strongly opposed by investor groups such as the Council for Institutional Investors (CII), the US nonprofit association of pension funds and other investors with combined assets of more than $3trn.

The bylaws require shareholders who sue companies to pay the legal fees if they lose in court, which the CII and others argue are a “growing threat” to shareholder democracy. The CII has repeatedly expressed strong opposition to them, such as in a strongly worded letter earlier this year to Delaware Governor Jack Markell that was signed by dozens of US pension funds with combined assets of $587bn. Delaware is the domicile for numerous US corporates due to its favourable tax laws.

The CII maintains that the bylaws when enacted create prohibitively high hurdles for shareholders to pursue litigation, calling the issue a “white-hot bone of contention” for investors. The CII held a teleconference on the issue in November (“Current developments in Delaware law: What should keep investors awake at night?”).

The issue was prompted by a Delaware Supreme Court ruling in May last year (ATP Tour, Inc. v. Deutscher TennisBund), which in effect opened the door to “fee-shifting”.

The CII said that after this, some corporate law firms “quickly sent memos” to their clients, alerting them to the decision and suggesting they consider fee-shifting.

The CII says this would significantly narrow the application of the ATP decision. The proposed legislation is subject to approval by the DSBA Corporation Law Section and the Executive Committee of the DBSA. It could mean the proposed legislation being considered by the Delaware State Legislature as early as mid-April, the Council says.

Notwithstanding this, CII members will have a chance to engage directly with a senior figure in the Delaware legal system, given that Leo Strine, chief justice of the Delaware Supreme Court, is one of the speakers at the Council’s Spring Conference
in Washington next week.

Meanwhile, CII Executive Director Ann Yerger has written to the Securities and Exchange Commission (SEC) on the other current hot topic, ‘proxy access’ (the right of shareholders to nominate director candidates at companies).

In the wake of the SEC’s review of the proxy process, she stresses the importance of getting a “workable resolution” before shareholder proposals start to get submitted before late fall/early winter. She urges the SEC to “move with alacrity” to formulate an interpretive approach.