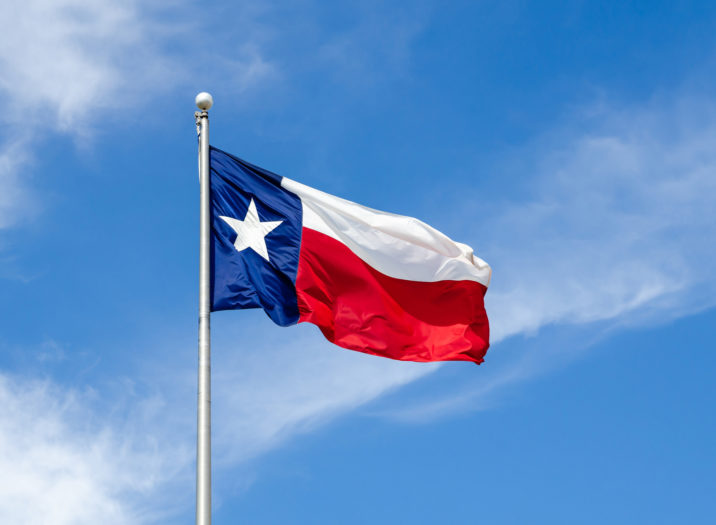 Financial institutions placed on Texas’s list of energy boycotters have continued working privately to have the decision reversed, even as the state’s pension funds complete their legally mandated divestments.

BlackRock and a series of European banks and asset managers including Schroders and BNP Paribas were included on the list, as were close to 350 individual funds from these and other managers.

Since the list was published in August, several managers have sought to either understand the reasons for their inclusion, or to have themselves or individual funds removed from the list. Correspondence obtained by Responsible Investor under Texas freedom of information laws shows that Fidelity, State Street and BNY Mellon have all applied to have funds removed from the list.

BNY Mellon, which has 19 funds on the list, was accused of contradicting itself by Whitney Blanton, general counsel at the Texas Treasury Safekeeping Trust Company.

An August letter by BNY Mellon said it “does not agree with the inclusion of its funds on the list” and that none of its funds had policies restricting investment in fossil fuel companies. Blanton said this contradicted its response to the initial request for information, where it said that no funds have a policy restricting investment in fossil fuels, but provided a list of funds which integrate ESG and were subsequently included on the blacklist.

Blanton asked BNY Mellon to provide more detail on how ESG considerations were integrated into the funds.

State Street, which saw 10 of its ETFs added to the blacklist, sent a letter to the Texas Teacher Retirement System (TRS) asking it to intervene with the comptroller in the case of the SPDR Blackstone High Income ETF, a $120 million debt fund. In the letter State Street notes that the fund does not have any ESG or energy-related restrictions and that 10 percent of its holdings are in energy companies.

Mark Katzelnick, Fidelity’s chief risk and compliance officer, wrote to Texas noting the firm’s “disappointment” that 18 of its funds were included in the blacklist and seeking a meeting to have them removed. Katzelnick reiterated that the firm is privately held and does not believe the Texas law should apply to it, and that Fidelity does not boycott energy companies.

The interventions have come too late for some firms, which have already been divested by state entities. Indeed, one response from Blanton to an email from UBS notes that Texas only has one lawyer working on appeals, in addition to “normal legal and compliance-related work”.

According to documents seen by RI, TRS sold its direct holdings in all 10 financial institutions placed on a list of energy company boycotters in August by the state’s comptroller, as well as pulling its money from the BlackRock Tactical Opportunities Fund, which was on a separate blacklist for individual investment funds and ETFs.

TRS declined to comment on the value of holdings sold.

The $38 billion Texas Municipal Retirement System (TMRS) also sold a $1.9 million direct shareholding in BlackRock over the course of the past six months. This came despite a letter from Mark McCombe, chief client officer at BlackRock, highlighting its investments in public energy companies, and reassuring TMRS that none of its investments with BlackRock restricted fossil fuels from their investment universe.

BlackRock has also been engaging directly with the Texas comptroller, seeking more information on why it was added to the list. This resulted in an update in November to an FAQ document, making it clear that publicly traded financial institutions that managed more than 10 funds with a fossil fuel restriction were added to the divestment list, and that a firm could get itself removed by leaving Climate Action 100+ or the GFANZ initiative for its sector.

RI can also reveal which financial institutions managed to avoid being added to a similar fossil fuel boycotters list by the Kentucky treasurer. The list, released at the start of January, contains many of the same institutions as Texas – including BlackRock and BNP Paribas – but also two major US banks, Citi and JPMorgan.

Credit Suisse, which found itself on Texas’s list but managed to avoid a Kentucky divestment, submitted significantly less information on its climate ambitions to the latter state.

The Swiss bank’s response to Texas included links to its sustainability and TCFD reports and membership of the Net Zero Banking Alliance, alongside details of its fossil fuel financing. Replying to Kentucky, it merely acknowledged having net-zero goals, but said these “do not equate to removing the provision of services to the traditional energy companies sector”.

JPMorgan ended up on the Kentucky list despite being the world’s largest financer of fossil fuels in 2021, according to the Banking on Climate Chaos report, and – on its own admission – having a $42.6 billion credit exposure to the oil and gas sector. The group noted its restrictions on unconventional fossil fuels, including Arctic oil and gas and mountaintop mining, in its letters to Texas and Kentucky.

UBS, which managed to dodge a Kentucky ban but has been dropped by Texas, noted that its asset management wing held $2 billion of money for the TRS and that its research service has put equivalents to “buy” ratings on a series of oil firms including Exxon, ConocoPhillips and Marathon.

Goldman Sachs, which found its way on to a boycott list in West Virginia, did not try to explain any fossil fuel or environmental policies and simply denied it engaged in boycotts. Amalgamated Bank sent a 12-word response denying it was involved in any boycotts.

This tactic did not work for Citigroup, which also sent a simple denial, but still ended up on the list.