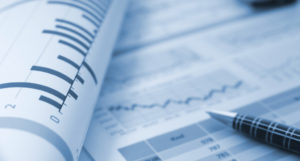 Daniel Goelzer, a founding member of the US Public Company Accounting Oversight Board (PCAOB), has called on Congress to grant the body additional powers to establish audit standards for ESG.

According to Goelzer, the PCAOB should be allowed to inspect audits on ESG and set standards on the topic as auditors are increasingly being asked to provide assurance for corporate ESG reporting. This is due to corporate sustainability disclosures becoming more common and critical to investor capital allocation, he said.

He also asked for similar powers to cover other reporting not currently bound by Generally Accepted Accounting Principles (GAAP).

The Board was established by Congress in 2002 as an independent audit watchdog to restore investor confidence after a number of high-profile accounting reporting scandals in the US, including Enron and WorldCom. It has issued more than 3,200 reports since its founding.

However, it’s been criticised for not taking enough action to curb audit misconduct and working too closely with the very firms it is meant to regulate. In 2018, four former PCAOB staffers were indicted for leaking confidential inspection plans to KPMG at a time when a large number of audit deficiencies had been found at the Big Four provider.

In 2018, the Trump administration announced long-term plans to abolish the PCAOB and transfer its responsibilities to the Securities and Exchange Commission (SEC). At the time, it was argued that this would reduce regulatory confusion and empower the SEC, which is already in charge of overseeing audit firms.

In his statement, Goelzer described the push to merge the SEC and PCAOB as a “mistake”, saying that “the SEC has a long list of responsibilities, and audit oversight would inevitably receive less attention and resources”. Instead, he has called for the PCAOB to be allowed to publicly disclose its inspection findings, adopt new quality control standards and conduct more comprehensive inspections – in addition to expanded oversight over ESG.

Goelzer, a former partner at law firm Baker & McKenzie, was appointed to the PCAOB when it was founded, and served as Acting Chairman between 2009 and 2011. He left the Board in 2012.

The statement from Goelzer comes amid signs that the SEC will act decisively on ESG under new US President, Joe Biden. The regulator recently appointed Satyam Khanna to a newly-established advisory position on climate and ESG issues to “advance related new initiatives across its offices and divisions" and review the agency's existing regulations in the area.

“The efforts at convergence by ESG standard setters, the IFRS Foundation’s consultation paper on a Sustainability Standards Board, and the increasing coalescence around the TCFD framework, all suggest that we can and will reach a cooperative global solution,” she said.

Last year, the SEC came under pressure from two of its own advisory committees to establish standardised rules for ESG reporting and disclosures.