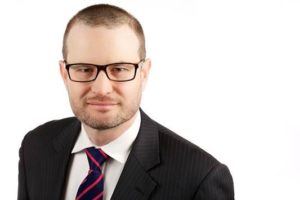 James Gifford, the founding Executive Director of the Principles for Responsible Investment (PRI), has joined Credit Suisse in the newly created role of Head of Impact Advisory.

He was most recently at rival UBS, which he left in June, where his title was Head of Impact Investing at UBS Wealth Management’s Chief Investment Office arm.

Gifford had joined UBS in 2017 having left the PRI in 2013 after a decade at the helm; he spent three years as a Senior Fellow at Harvard Kennedy School’s Initiative for Responsible Investment. He was succeeded at the PRI by Fiona Reynolds.

He also had stints on the Brown Advisory Sustainable Investment Advisory Board and private equity firm Tau Investment Management.

He is also a Senior Fellow at the University of Zurich’s Centre for Sustainable Finance and Private Wealth and a former Young Global Leader for the World Economic Forum.At Credit Suisse he will be based in Singapore and report to Marisa Drew, CEO of the firm’s Impact Advisory and Finance (IAF) department.

The recruitment complements that of Daniel Wild – the former co-CEO at RobecoSAM – who joined the IAF team as Global Head of Environmental, Social and Governance (ESG) Strategy, a move announced in April.

In his new role, Australian national Gifford will be responsible for advising private wealth clients globally and for “helping to drive the bank’s impact thought leadership and impact industry development initiatives”. He had a similar role at UBS.

Other new hires include Guillaume Bonnel as Head of Sustainable and Impact Products. He was previously at Lombard Odier where he held the title of Head of Impact Investing since October 2016.