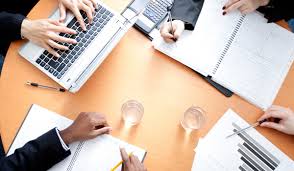 Co-portfolio manager Paul Marshall has abruptly left Atlanta Capital Management Company, the subsidiary of New York-listed fund giant Eaton Vance which has been sole sub-advisor to the fund since 1998. Marshall had been with Atlanta since 2000 and a manager on the fund since 2009. His departure, alongside that of analyst Glenn Shaw, was announced in a brief statement earlier this month by Atlanta, which has $16.9bn under management.

And, as of this month, there are now four new portfolio managers on the fund, alongside long-time lead manager Richard England, according to a filing with the SEC. They are new joiner Joseph Hudepohl and company veterans Lance Garrison, Jeffrey Miller and Robert Walton – who have been promoted from research analysts to portfolio managers.Hudepohl, a former Olympic gold medal-winning swimmer, was previously with Logan Circle Partners and Goldman Sachs Asset Management.

The fund mostly invests in US large-cap companies that demonstrate “positive ESG performance”. Investments are first selected for financial soundness and then evaluation according to sustainable and SRI criteria. Its largest holdings are CVS Health Corp, Google and Apple. The fund has returned 4.17% in the year so far and has averaged a 14.92% return over five years.

Marshall, who before he joined Atlanta was a portfolio manager with Bank of America Capital Management, is still listed as a manager of the fund by research firms Morningstar and Lipper.

In March, RI reported that Calvert, which has $13.4bn under management, terminated Martin Currie, the UK-based active equity specialist affiliated with fund giant Legg Mason, from a $235m sub-advisory role on its International Equity Fund. It followed the arrival of new CEO John Streur, who officially took the reins of the firm as of January 1 this year, taking over from Barbara Krumsiek.