Responsible Investor
Home News & Analysis Environmental As protests grow against fracking in the UK and elsewhere in Europe,...
Return to search
Environmental 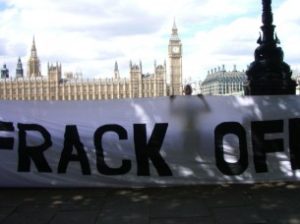 With new incentives from the Government announced in the budget to boost the recovery of shale gas, it seems highly likely that fracking will grow rapidly in the UK. If so, this would have implications for the entire nation, judging by how widespread shale gas deposits are to be found across the country. Gas extraction in the North Sea tends to be out of sight, out of mind. But once it arrives on your doorstep, some local action can be expected as UK citizens voice their opposition to lorries, noise, dust and pollution. Indeed, fracturing the rock is only one of the processes involved in the extraction of shale gas. For example, the migration of fluids from the remaining well reservoir is a significantly unexplored risk. Investors need to think about all the implications in the shale gas production chain. West Sussex is somewhat smaller than Texas: there is nowhere for an oil company, or investor, to hide.

Andy White is Associate Director of the Advisory Services Team at Sustainalytics.