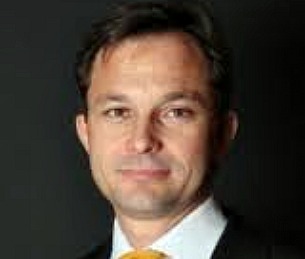 If you need a sign of responsible investing hitting the mainstream, then François Passant’s arrival in the last few months as Executive Director at The European Sustainable Investment Forum (Eurosif) is one. Passant, a former Executive Director at Vanguard Investments Europe, worked for more than fifteen years at the US mutual fund giant covering senior responsibilities in marketing, product development, strategy and general management. His arrival followed the departure from Eurosif earlier this year of Matt Christensen to become Global Head of Responsible Investment at Axa Investment Managers. And it signalled a significant change at the organization as it transfers its base from Paris to Brussels with a view to upping its role as a lobby organization within the European Union political structures. Passant says there were a number of factors that prompted him to join Eurosif. In his interactions at Vanguard with French, Dutch, Swiss and Nordic investors, he was increasingly entering into interesting discussions regarding voting rights and ESG issues. While researching SRI indices for a related Vanguard fund he came into contact with Eurosif, whose mission he says reflects many of his own personal values: “Vanguard is a very client focused, high integrity business. More broadly though, I know thepan-European funds industry well, and you see things that you think can be improved such as conflicts of interest and I wanted to move into an area that was working on those kind of industry issues.” Passant says his agenda for the year ahead at Eurosif has three main objectives: increasing the lobbying presence at the EU level, updating the methodology of Eurosif’s bi-annual SRI industry survey, and third the evolution of Eurosif’s transparency guidelines. In October, Eurosif moved its office from Paris to Brussels in order to boost its advocacy activities within the European Commission and Parliament. Passant says the proximity shift has already seen Eurosif invited to an increasing number of expert working groups and forums within the Commission: “The organization has credibility because of its pan-European nature and its multi-stakeholder approach so we have good proximity to policymakers. But this kind of work doesn’t happen overnight: it needs developing over years.”
Areas where he says Eurosif is particularly focused within the Commission include reporting and transparency, both for corporates and investors, and corporate governance for financial institutions on issues such as remuneration. On the latter, Eurosif is well set-up to lobby persuasively;

working alongside Passant in Brussels is Anders Nordheim, a former corporate governance analyst at ISS, as its Head of Research.
Another area is work on the Commission’s Packaged Retail Investment Products (PRIPs) Directive regarding the transparency of mutual funds, which plays neatly with one of Passant’s main interests: prior to Eurosif he was working pro bono for EuroInvestors, the European Federation of Individual Investors. One of the main work-streams for the coming months though is the revision of the methodology for the biannual Eurosif SRI market report, which will reach its fourth edition next year. The influential Eurosif report has had its critics in recent years, partly as a result of its success in outlining a previously niche market. Its differentiation of the market into core and broad ESG, where ‘core’ is hard assets and broad is everything linked to ESG including rolling up proxy voting and engagement into the total, has become a problem in convincing critics of the rigour of ESG and of the actual sum of ‘assets’ in the market. Passant is sensitive to the criticism: “We want to reflect what the market is actually doing and one discussion is around whether it makes sense to have these core and broad distinctions. We want to keep what has historicallybeen very good while ensuring we have a rigorous definition of how ESG is looked at.” As a result he says the methodology “needs to be refreshed”. The working group consists of a group of practitioners from different countries that will revisit the classifications for what he says will be “an evolution, not a revolution”.
A kick-off meeting took place in London earlier this month and the group expects to have concluded its work by February/March before the 2012 study is launched to report by the year-end.
In the third major pillar of activity for 2012, Anders Nordheim will oversee the broadening of Eurosif’s European Retail SRI Transparency Code, which certifies that funds have met certain approved SRI criteria.
“We currently have about 200 funds meeting the guidelines,” which Passant says is not bad considering the European SRI fund market is estimated to be around 900 in total, and that without much of a marketing push. We are looking at strengthening the guidelines and, where it makes sense, to offer a more rigorous label certification with third party assurance. It’s a significant piece of work though that could stretch through 2012 and beyond.”