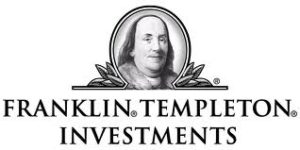 (Amends to correct previous voting results)
Franklin Templeton, the $815bn (€603.8bn) asset management giant, could be facing a review of its own proxy voting practices if a shareholder proposal filed by SRI fund firm Zevin Asset Management gets onto its annual meeting agenda for 2014.

The resolution, on behalf of Zevin’s client Ellen Sarkisian, is calling on the New York-listed company, officially known as Franklin Resources, to review its voting, taking into account its own corporate responsibility and environmental positions and the fiduciary and economic case for the shareholder resolutions presented.

“The results of the review, conducted at reasonable cost and excluding proprietary information, should be reported to investors by March 2015,” the proposal states.

Kowal cited a recent study by sustainability advocacy group Ceres which found that Franklin Resources voted against all 26 shareholder resolutions at US companies addressing climate change, even though many were simply a request for greater disclosure.This is at odds, she says, with the company’s public statements such as its declaration to the CDP that it understands how ESG factors can affect companies financially.

Kowal said: “This is especially concerning because Franklin Templeton is a signatory of the UN Principles for Responsible Investment.” The San Mateo, California-based company’s proxy voting was “deficient and in need of a thorough review”.

Campaign group Investors Against Genocide have in the past referred to the disparity between the fund giant’s claims to consider “social and political issues” in its holdings while maintaining large holdings of controversial companies like PetroChina.

According to Franklin Templeton’s internal voting guidelines on ESG issues, it says it is primarily concerned about the financial interests of its clients. It will generally give management discretion with regard to social, environmental and ethical issues although it may vote in favor of issues believed to have significant economic benefits or implications. Franklin Resources’ annual meeting is likely to be held in March.