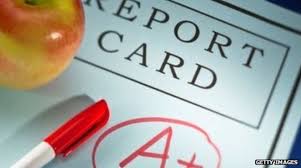 A coalition of French business associations, including the French Business Confederation, has called on the European Commission to require non-financial rating agencies such as Vigeo Eiris, Sustainalytics, MSCI and others to adopt a code of conduct and legally impose minimum transparency requirements on them.

The call comes in an evaluation of the agencies by French listed companies that finds their performance overall is unsatisfactory.

Companies only evaluated non-financial rating agencies they have relationships with on five subjects: governance; methodology; relationship with companies; handling of controversies; and overall appreciation.

Among the five subjects of the survey, “methodology” and “handling of controversies” were the most poorly rated (unsatisfactory). On average, “governance” was the highest-rated subject (satisfactory).

Overall the total score for all the agencies was just 2.78 out of four (unsatisfactory).

The survey also highlights key strengths and main areas for improvement for each individual rating agency based on company feedback. Common key strengths cited were name recognition (‘notoriety’), good use by investors and transparency on the methodology.

Also recommended is for rating agencies to consider national legal, regulatory and market situations in their assessments and make public criteria that leads to a controversy being taken into account for a company rating.

Also, recommendations are aimed at the European Commission, in the context of its work on the Action Plan on Sustainable Finance.

It comes as mainstream credit rating agencies are coming under scrutiny from the European Commission, which is undertaking a study on sustainability ratings and research.