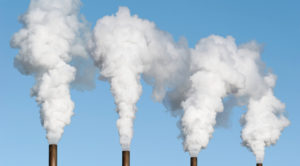 Mandatory climate disclosure has contributed to French investors curbing their investments in fossil fuel companies by a massive 40%, a study by the country’s central bank has concluded.

Banque de France (BDF) compared securities held by French institutional investors with those of French banks and other European financial institutions that face no comparable disclosure requirements. It found that the former group had reduced their exposure to fossil fuel companies significantly more than the latter.

The study found that French investors were twice as likely to axe producers of coal and “unconventional” fossil fuels than conventional oil and gas. Critically, researchers said dumping fossil fuels was shown to have no correlation to poor market performance.

The study comes three years after France implemented Europe’s first climate-related financial regulation – under Article 173 of the 2015 French energy transition law – requiring institutional investors to disclose their carbon footprint, exposure to climate risks and opportunities, and climate mitigation policies on a comply-or-explain basis. While French banks face differentiated reporting requirements including a stress test component, these do not include disclosure of their loan book and investment exposure to carbon.

Jakob Thomä, Managing Director of 2° Investing Initiative, a think tank that helped develop Article 173, described the findings as “incredible” and “not something I had thought possible” when disclosure requirements were first rolled out.

Authors of the study described their findings as statistically and economically significant.

Jean-Stephane Mesonnier, Deputy Director of BDF’s Directorate Microeconomic and Structural Analysis and the study’s lead author, told RI that, while the study concluded that the introduction of Article 173 had been “successful”, ongoing monitoring of investor disclosures suggested that there was still significant room for improvement to the quality of reporting and levels of compliance.

“This raises additional issues for further research, such as: could the mandatory disclosure have more impact if the format of the reporting is made more precise and harmonised? Do investors seeking to decrease the carbon footprint of their portfolios also discriminate between more or less polluting companies within industries or mostly reallocate investments across industries?”

The landmark study comes in the first year that EU financial institutions have been asked to prepare principles-based disclosures to prevent greenwash, with more stringent disclosures due to come into effect next year.