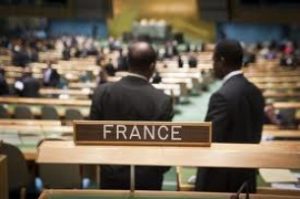 The French Government and think tank 2°C Investing Initiative (2°C II ) have named Axa and The Pensions Trust as the two best investors for climate reporting.

The pair have won the ‘Best Overall Reporting Award’ in the first annual International Award on Investor Climate-Related Disclosure, launched earlier this year by France’s Environment and Finance Ministries and 2°C II.

The UK’s Environment Agency Pension Fund won the Best Reporting Award for the assessment of Climate Risk, while Ircantec and AustralianEthical shared top spot for reporting on their alignment with climate goals. Actiam was named number one for reporting on the integration of climate into investor strategy, and Local Government Super was recognised for its reporting around engagement work.

The awards are based on investors’ abilities to comply with the objectives of France’s Article 173 – a piece of legislation introduced last year, which requires investors to report on how they are managing climate risks and helping to finance a greener economy.

“At the moment, that law is very precise with regard to its purpose, but pretty vague on the metrics that should be used to actually report,” explained Stan Dupre, CEO of 2°C II, adding that this is because the French Government will not release its supporting ‘implementation guidelines’ specifying indicators until 2018, in a bid to give the market itself a chance to develop suitable metrics.

“We wanted to encourage this innovation by introducing these awards ahead of the first reporting period next year,” he told RI.

The awards were initially met with a backlash from some in the French investment community. RI understands that a letter was drafted by a coalition of French investors to the French government in the summer requesting they were cancelled.

“It’s too soon after the introduction of Article 173 to start judging investors on this,” one sustainability specialist at a French bank told RI.

Dupre agreed that the awards met with hostility from some in France.“Most French investors’ response was that they didn’t want to be rushed into doing this; but also, many were engaged with carbon footprinting and didn’t want to have to come up with something else.

“Since the introduction of the law, we’ve seen strong lobbying from carbon footprint providers and users to try and make it the standard. There has been a lot of communication from some, as part of a commercial push, that Article 173 is a law about carbon footprinting.”

2°C II wanted to avoid footprinting becoming the norm, he explained, because there is increasing evidence that it is not a very effective proxy for climate risk.

Dupre says the awards were opened up to international investors “to help break this cartel in France”. This proved successful, he said, pointing to the fact that some two-thirds of applicants ended up being non-French. Axa, he added, was also very supportive.

In the end, the awards received 30 submissions from across Europe, Australia and North America. This was whittled down to 14 by the French Ministries of Finance and Environment and handed over to an independent jury of 14, including MPs, NGOs and public organisations. There were additional ‘observers’ from other European governments and from the Financial Stability Board’s Taskforce on Climate-Related Disclosure.

The results of the assessments will be summarised in a ‘best practice guide’ for the wider market in coming weeks.

“The application criteria were agnostic when it came to the metrics investors use: we were assessing how the metrics and framework met the objective of Article 173, irrespective of the approach,” said Dupre. “But it turned out those using carbon footprints were not rated very highly by the judges.”

The awards are expected to be continued by 2°C II annually, although they may be tweaked to be more in line with investors’ reporting periods – possibly asking for applications in June. Next year they are also expected to put more emphasis on how the reporting helps retail investors make informed decisions – part of Article 173, but not an area that investors made submissions to the awards on this year.