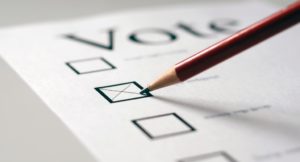 FIR, the French Sustainable Investment Forum, which has some of France’s biggest asset owners and managers as members, has launched a 'say-on-climate' investor campaign and written to 120 of the biggest French companies demanding that they allow a vote at their annual shareholder meetings.

FIR recently published a report with French think-tank Terra Nova, which concluded that companies needed to adopt a consultative vote on their climate plans in order to create the conditions for a permanent dialogue between companies and investors on the serious dangers of climate change.

This week, it wrote to the CEOs of companies in France’s SBF 120 index to push them to adopt the annual climate ballot.

FIR says the vote should be a consultation with shareholders on two distinct issues put together by the board: the company’s climate strategy and its implementation. It said the recurring annual vote would enable progress to be tracked, including alignment with scientific climate objectives outlined in the Paris Agreement.

At a minimum, FIR said the strategy of investee companies should follow a CO2 neutral trajectory by 2050 based on Scope 1, 2 and 3 greenhouse gas emission reduction targets.

It said executive bonuses should also have a portion linked to these decarbonisation targets.

Alexis Masse, President of the FIR, said: “Large French companies need a framework for tough dialogue on their climate action strategies. This is why we’re asking the company members of the French Association of Private Companies (AFEP) and the MEDEF [France’s powerful large company lobby group] to integrate ‘say-on-climate’ in their corporate governance structures.”