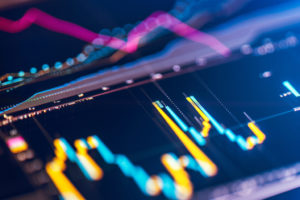 RobecoSAM, the sustainability boutique, has launched a strategy that invests in firms contributing to the circular economy. Managed by Holger Frey, a senior portfolio manager in the RobecoSAM Trends & Thematic Investment team, the RobecoSAM Circular Economy Equities strategy invests in companies employing “targeted production and consumption, predictive maintenance, and enhanced use of by-products to create value from inefficiencies”. The shift toward a circular economy has been valued at $4.5trn by 2030, growth which Robeco said has so far been “largely untapped”.

US Solar Fund (USF), run by Australia and US-based New Energy Solar Manager (NESM), is acquiring 22 operational solar projects in North Carolina, Oregon, and California. The fund will acquire the 177MW portfolio from an affiliate of US clean energy developer Heelstone Renewable Energy.

The Kempen Global Impact Pool has hit €100m in assets, two years after launch. Kempen launched the pool, which invests “exclusively in funds that make a positive contribution to society and climate”, in 2018 to introduce impact investing to its clients. Investments so far extend across more than 45 countries, and led to the generation of 28,000 MWH of green energy and a reduction of over 11,000 tons of CO2 emissions in the first year of operation, Kempen said.

Brown Advisory, the $80bn global investment firm, announced that its Large-Cap Sustainable Growth strategy has returned 16.6% since it launched 10 years ago. Its benchmark Russell 1000 Growth Index, meanwhile, returned 15.2%. The $3.6 bn long-only, equity growth strategy is managed by Karina Funk and David Powell. The Dublin-UCITS fund for the strategy almost tripled assets in 2019 to over $450m.

Foresight Group, the infrastructure and private equity investment manager, has secured €342m in commitments for its Foresight Energy Infrastructure Partners fund at first close from the likes of Norway’s DNB and the European Investment Bank. The fund will invest predominantly in European low carbon energy infrastructure, expected to use €275m rapidly in “an extensive pipeline of investment opportunities”. The fund will retain a proportional allocation for investment into operational projects to provide an element of cash yield.

Alternative asset manager Gresham House has purchased a 12MW battery-ready UK solar farm from renewables developer Anesco for one of its FIM Solar Distribution LLP fund. Bumpers Solar Farm, located in Buckinghamshire in England, is forecast to produce enough energy to supply 2,800 homes and save 5,000 tonnes of carbon dioxide each year once operational in March this year.

The Cabot Square Alternatives PLC, an infrastructure investment trust with an ESG focus, is targeting to raise £200m (€237m) through an IPO on the London Stock Exchange (LSE) main market. The fund will be managed by London-based alternatives asset manager Cabot Square Capital and aims to invest in renewables and sustainable infrastructure including solar power facilities in Spain, offshore support for the wind industry, EV charging points and care homes.

The Dutch government has announced a $40m cornerstone investment in an agriculture fund created by UN Environment Program (UNEP) and sustainability-focused bank Rabobank, together with Partner IDH and FMO, the Dutch development bank. This contribution is to be matched by Rabobank. The AGR13 fund is a blended finance vehicle, open for public investment, which aims to raise at least $1bn to finance sustainable food production and accelerate forest protection.