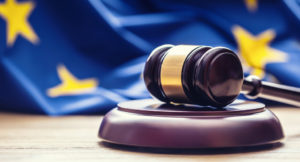 Plans to introduce an EU directive forcing companies to consider green and social risks across their supply chains have been marred by delays. While this is far from uncommon in the policy world, the directive has proven particularly controversial and politically challenging, and investors and other industry experts are concerned that the delay by the European Commission in publishing a final proposed Sustainable Corporate Governance directive will lead to a loss of momentum on what is arguably Europe’s most serious effort to incorporate social issues into its sustainability drive.

The directive is expected to – amongs other things – introduce mandatory human rights and environmental due diligence requirements across the bloc. Current plans are restricted to Limited Liability Companies, but the European Parliament is pushing to extend them to cover all corporations operating in the EU internal market, including banks and investors.

However, the directive is facing some serious headwinds. Sources told RI that there has been pushback from a number of member states, as well as lobbying by some business associations, regarding components of the directive. And, as reported by Politico and confirmed by sources, the European Commission’s Regulator Scrutiny Board – an independent body within the Commission that advises the College of Commissioners – has twice, most recently just a few weeks ago, rejected the draft law. This is unusual, and casts some doubt on the directive’s future.

“There is no sign that investors will be letting up on this issue” – Jonas Kron, Trillium

On 8 December, a number of Members of the European Parliament from the Socialists & Democrats group, including the directive rapporteur Lara Wolters, said: “Today marks a sad day: the day on which the European Commission was due to publish its proposal for a directive on Sustainable Corporate Governance. Instead, the proposal has been delayed for a third time, in a process that lacks transparency.

The final proposal is now not expected until March 2022, RI understands. A Commission spokesperson would not be drawn on details, saying the precise timing “is only confirmed closer to the date”.

All investors and other industry players contacted by RI expressed disappointment about the delay. But Josina Kamerling, Head of Regulatory Outreach EMEA at the CFA Institute, told RI the delay was forseeable.

“The issues it seeks to address are highly sensitive issues. And the problem with legislation like this – that tries to come in on what members states see as their prerogative – it’s a slow osmosis and highlights the difficulty at the EU of managing the sovereignty of member states. However, if we want to build this internal market and Capital Market Union we will have to deal with it,” she explained.

For Kamerling, there is also a wider coherency issue with regards to the EU Sustainable Finance Action Plan. “There are a lot of different pieces in the puzzle that are not coordinated, which is no one's fault – it’s a very complex landscape with different [Commission departments] working on the different components. However, we need it to all fit.”

Indeed, while most of the Plan is spearheaded by the Commission’s Financial Stability, Financial Services and Capital Markets (FISMA) unit, the sustainable corporate governance directive is being led by the department for Justice and Consumers.

For ShareAction’s Head of EU Policy, Maria van der Heide, a supposed lack of transparency from the Commission is particularly concerning. “Since the consultation, the directive has been delayed various times and it's unclear why this is and when it will finally come in.”

Irina van der Sluijs, Senior Responsible Investment Specialist at NNIP, said the setbacks mean momentum could be lost. “On the other hand, the momentum has been wavering for years; what the EU are doing is ironing out root flaws within our globalised market economy that stem from decades ago.”

“Particularly in the 1990s we opened up our global markets without putting into the system a base floor of standards to adhere to in terms of duty of care for labour, human rights, environmental and nature in third countries. In other words, we opened the door wide for foreign investors and buyers to benefit from low wages and weak environmental laws in supply chains without the need to mitigate risks and remedy losses to uphold international standards," she said.

“The thing with climate change is it is becoming more material  – we are seeing stranded assets – but there is still no business case to care about supply chains – it is more worthwhile to keep things as they are in our current globalised system," she added. "However, if we are honestly looking at all these issues – climate change, human rights due diligence, and supply chains – they are all interconnected. So, from a responsible investment perspective, of course we cannot afford another delay.”

But it’s not all doom and gloom. Some investors are not concerned about the EU challenges.  Jonas Kron, Chief Advocacy Officer at Trillium, told RI: “Delays will happen, but the momentum of investor interest and demands for adding rigor to human rights and environmental due diligence is powerful. There is no sign that investors will be letting up on this issue.”

In addition, signs are emerging that national governments may push ahead of the EU with their own regulation in response to the delay. The Dutch Minister of Foreign Trade and Development Cooperation Tom de Bruijn weighed in on the delay earlier this month, saying the Netherlands will immediately start work on ambitious national binding due diligence legislation, based on the OECD Guidelines and UNGPs.

“My preference would be to legislate at the European level. I am therefore very disappointed that the European Commission (EC) has again postponed its proposal without giving a concrete date by which we can expect a proposal. The government has always maintained that if EU legislation does not get off the ground, we should switch to national legislation,” de Bruijn said.

Kamerling, van der Sluijs, and Heide all agreed that the Dutch move could push Brussels to step up.

A representative from Luxembourg’s Ministry of Foreign and European Affairs told RI that an inter-ministerial committee has been set up to analyse the main issues concerning a possible legislation of due diligence obligations.  The result of this work should make it possible to draw up building blocks for a legislative text, the person said, adding that an intermediate report will be presented to the Government Council in early 2022.

In addition, Finland’s Ministry of Economic Affairs and Employment will publish an assessment memo on national mandatory due diligence on human rights and the environment in February 2022. “The memo will look at the building blocks of a national legislation. Decisions on steps forward will be made after the memo is published,” a spokesperson told RI.

National efforts could help EU plans get back on track but, unexpectedly, investors are concerned they will instead lead to a fragmentation of due diligence laws across Europe. Danish pension fund P+’s Head of ESG, Kirstine Lund Christiansen, stressed that although national legislation can be a positive first step, it cannot replace a binding EU directive.

Looking ahead, and hoping for a final EU directive proposal to emerge in the near term, investors wish for more clarity on a number of elements of the draft proposal. “The Directive will need to clarify directors’ duties to ensure that the sustainability matters are duly considered at a strategic level,” said Heide at Share Action. “An expanded definition of directors’ duty of care needs to be complemented with the necessary enforcement and incentives, such as linking variable remuneration to non-financial performance.”

NNIP’s van der Sluijs hopes the directive will include theme and sector-specific components with timelines, milestones and access to remedy. She also speculated that a directive name change could be useful. “Calling it mandatory due diligence is not the most sexy or clear terminology – there’s also no acronym and whenever people hear the word ‘mandatory’ they panic. To bring everyone on board, I think we need to rephrase it as the minimum safeguard standards or law as that – I think – sums it up more clearly.”

Also looking to the future, van der Sluijs said: “There needs to be an ambassador in Brussels to really champion the issue, like Frans Timmermans [who leads the Commission’s work on the EU Green Deal] does with Green.”