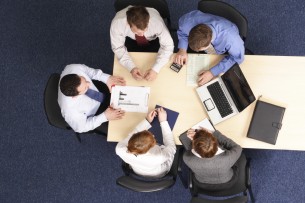 The UK Financial Services Authority (FSA) has given the green light to institutional investors to start ramping up collective lobbying of companies on corporate governance issues. In a letter sent to UK investor associations yesterday, the FSA said its rules did not prevent what it called “legitimate activity” on joint engagements to strengthen investor influence over company policies such as pay and bonuses. Collective investor activism was singled out as a major recommendation by last month’s recent draft review aimed at strengthening corporate governance by Sir David Walker, which will be finalised in November. The response followed concerns by the UK Institutional Shareholders Committee (ISC), that FSA rules on acting in concert and insider dealing could be a deterrent to building such investor networks. The ISC represents the UK’s four big institutional investor bodies: the Association of British Insurers, the Association of Investment Companies, the Investment Management Association and the National Association of Pension Funds. Alexander Justham, FSA director of markets, said: “There is nothing under FSA rules that prevents investors discussing matters when it is for a legitimate purpose. Our letter provides clarity to investors that theyare free to engage with the boards of companies as Sir David Walker envisaged.” The FSA said its market abuse rules did not prevent investors from engaging collectively with company management, although it warned that trading on the basis of knowing another investor’s intentions or working jointly to avoid disclosure of shareholdings could constitute market abuse. It said that disclosure rules, which usually require investors with the same long-term voting strategy to aggregate their shareholdings if they breach the threshold for disclosure (3% of a company’s shares), would be unlikely to be triggered by ad hoc discussions between investors on corporate governance issues.
Lastly, it noted that its “Acting in concert” rules, which would normally require investors to seek FSA approval if they reach a controlling shareholding (10% or more of a company’s shares) also did not cover ad hoc discussions or engagements that aim to promote “generally accepted principles” of good corporate governance. Separately, the FSA last week introduced a new code requiring large banks, building societies and broker dealers in the UK to align remuneration policies with effective risk management.
Link to FSA bank remuneration code